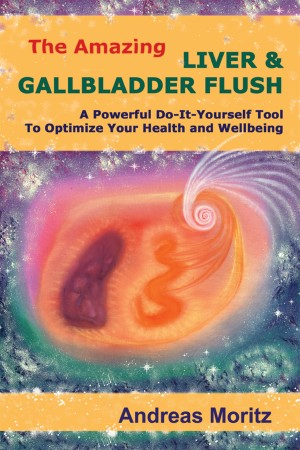 Andreas Moritz (born January 27, 1954) is an author, lecturer and practitioner in the field of Alternative and Integrative Medicine. He is the author of over a dozen books on various subjects pertaining to holistic health and is most well-known for his books The Amazing Liver and Gallbladder Flush, Timeless Secrets of Health and Rejuvenation and Cancer is not a Disease. His ideas have appeared in USAToday.

Moritz was born in Stuttgart, Germany. He began his career in Europe as an iridologist with special focus on identifying and addressing the root causes of illness. He has also specialized in using fine art as a healing modality. Much of his life's work has been dedicated to understanding and treating the root causes of illness, and helping the body to naturally heal itself.

In the mid-1990s, he began publishing self-help books on alternative medicine and mind/body/spirit integration.
From the age of six, Moritz experienced a number of severe illnesses such as juvenile arthritis, arrhythmia, anemia, abnormally low blood pressure, frequent fainting and irritable bowel syndrome (IBS). Although his main fields of interest were architecture, music and athletics, most of his time was spent in trying to understand the causes of his own illnesses. As an adolescent, Moritz began studying diet, nutrition and various approaches to natural healing and well-being.

In 1970, Moritz began to practice meditation and Yoga to treat low blood pressure. By age 19, he had alleviated his symptoms through his practice.
After completing his iridology training under his uncle, Dr. Harry Kirchofer, a leading iridology physician and naturopath in Germany, in 1980 Moritz proceeded to study and perform research on mind/body medicine at Maharishi European Research University (MERU) in Switzerland.

In 1981, as part of his training at MERU, Moritz began his studies of Ayurvedic medicine. To learn from some of the worlds' most renowned physicians of Ayurveda, including, Dr. V.M. Dwivedi, Dr. Balraj Maharishi and Dr. Brihaspati Dev Triguna, Moritz traveled to New Delhi, India. From 1982-1983 Moritz introduced heads of state and members of governments in Ethiopia and Kenya to more holistic approaches to health care than were available in these impoverished African countries at the time.

In 1988, Moritz graduated in the Japanese healing art of shiatsu at the British School of Shiatsu in London, England. Later in 1991, he finished his Ayurveda training and qualified as a practitioner of Ayurveda (vaidya) in New Zealand.
Moritz lived on the island of Cyprus from 1985-1998. From there he traveled extensively, lecturing and providing alternative healing modalities to governmental leaders who had fallen seriously ill, including the late Prime Minister of Greece, Andreas Papandreou.

In 1998, Moritz immigrated to Minnesota, in the United States, where he married and began to offer his services to the American people. Since taking up residence in the United States in 1999, Andreas has been involved in developing a new and innovative system of healing -- called Ener-Chi Art™ -- which attempts to target the root cause of chronic illnesses.

Moritz's other books include, Lifting the Veil of Duality - Your Guide to Living without Judgment, It's Time to Come Alive; Heart Disease No More!; Simple Steps to Total Health; Diabetes - No More!; Ending the AIDS Myth; Heal Yourself with Sunlight; Feel Great, Lose Weight; Hear the Whispers- Live your Dream; and the newly released title, Vaccine-nation: Poisoning the Population, One Shot at a Time.

Moritz now resides in the Carolinas. More information at www.ener-chi.com 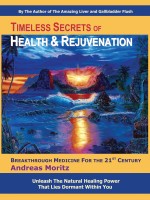 Reviews of The Amazing Liver & Gallbladder Flush by Andreas Moritz

You have subscribed to alerts for Andreas Moritz.

You have been added to Andreas Moritz's favorite list.

You can also sign-up to receive email notifications whenever Andreas Moritz releases a new book.