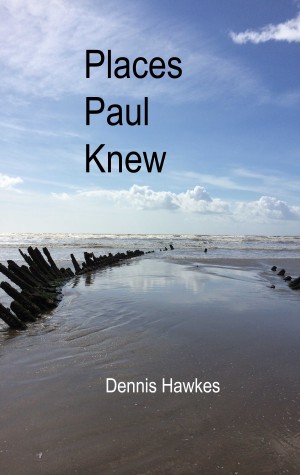 By Dennis Hawkes
‘Places Paul Knew’ describes the cities and towns that the Apostle Paul would have known as he travelled over 16,000 km during the first century AD. Many of the archaeological remains of these cities and towns can be seen today and the book describes what Paul would have seen when he arrived at each place. It is best read as a companion to the book of Acts in the New Testament of the bible. More
The ebook, ‘Places Paul Knew’, describes the cities and towns that the Apostle Paul would have known as he journeyed throughout the Mediterranean region during the first century A.D. The book begins with an introduction to Paul. It outlines his background and his dramatic conversion as he was on his way to Damascus on the hunt for the people who had begun to follow the crucified Jesus of Nazareth. This was the one whom they believed was the promised Messiah who been raised from the dead. The next chapter looks at Paul’s world, so very different to our own, a world under Roman occupation; although violent and often dangerous it was free from wars at that time. It introduces some relevant Roman history with a table of Roman Emperors and the relationships of the complex Herod family. The various provinces through which Paul travelled are shown and a list of the towns and cities he is known to have visited is given. Since the Roman province of Palestine figures in Paul’s story the various regions are identified with their Roman appointed leaders, a number of them being members of the Herodic dynasty. There is a description of travelling in those days, neither easy nor comfortable. Despite this Paul and his companions travelled widely covering over 16,000 km on foot and by sea. The Roman roads made long distance travel possible and the trade and commerce throughout the Roman Empire meant that there were many ships criss-crossing the sea on which passengers could travel. Through towns and cities from what are now Israel, Syria Turkey, Greece and Italy, Paul and his companions took the message that the long-awaited Jewish Messiah had come, in the person of Jesus of Nazareth. The implications of this message were immense and whilst accepted and embraced by many, it was also rejected violently by some of the more zealous Jews. Based on the accounts in the book of Acts in the Bible the journeys that Paul and his companions made during the years between about AD 37 and AD 60 are then covered in some detail including Paul’s so-called first, second and third missionary journeys and his final journey to Rome.
Many of the archaeological remains of the cities he visited are still to be seen today but also often they contain structures built after Paul’s time. The book attempts to imagine what Paul would have seen when he arrived at each place.
Download: epub mobi (Kindle) pdf more Online Reader
rtf lrf pdb txt
Price: Free! USD
Add to Library
Create Widget
Tags: history bible study roman history bible background
About Dennis Hawkes

Emeritus Professors Dennis and Freda Hawkes live in Wales, UK and have lectured and jointly led a research team at a university until retirement. They are members of an evangelical church where Dennis was a church leader until retiring and have taught the bible for many years, mostly to students and young professionals. Their experience has led them to offer these resources to help other people to start to read and understand the bible. 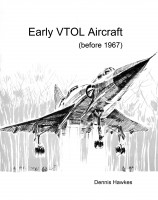 You have subscribed to alerts for Dennis Hawkes.

You have been added to Dennis Hawkes's favorite list.

You can also sign-up to receive email notifications whenever Dennis Hawkes releases a new book.