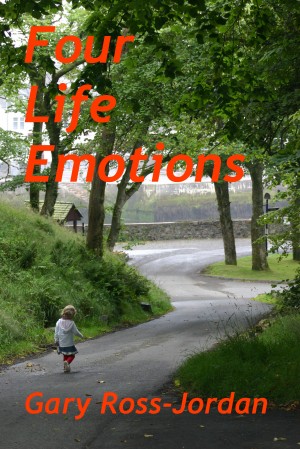 GR Jordan is a self-published author who finally decided at forty that in order to have an enjoyable lifestyle, his creative beast within would have to be unleashed. His books mirror that conflict in life where acts of decency contend with self-promotion, goodness stares in horror at evil and kindness blind-sides us when we are at our worst. Corrupting our world with his parade of wondrous and horrific characters, he highlights everyday tensions with fresh eyes whilst taking his methodical, intelligent mainstays on a roller-coaster ride of dilemmas, all the while suffering the banter of their provocative sidekicks.

A graduate of Loughborough University where he masqueraded as a chemical engineer but ultimately played American football, GR Jordan worked at changing the shape of cereal flakes and pulled a pallet truck for a living. Watching vegetables freeze at -40C was another career highlight and he was also one of the Scottish Highlands blind air traffic controllers. Having flirted with most places in the UK, he is now based in the Isle of Lewis in Scotland where his free time is spent between raising a young family with his wife, writing, figuring out how to work a loom and caring for a small flock of chickens. Luckily his writing is influenced by his varied work and life experience as the chickens have not been the poetical inspiration he had hoped for!

This is not an easy read, but then again neither is it hard. There is a mixture of deep spiritual contemplation along with light, humourous banter. When Gary describes places I am familiar with I understand instantly what he is getting at whilst at the same time it is almost as though he is seeing around the corner to another perspective on the familiar. When he describes other places the same insight makes me want to see them for myself. It's a bit like an out of focus word picture that draws you toward it in order to explain itself.
His Christianity shines through and simultaneously conflicts with the chaotic, cruel and suffering physical world that we inhabit. God's in his heaven but all is not well in the world...mainly because we ignore him. The struggle between Gary's love of a God and of this world shines off the page in strained and poignant language, a beautiful bracelet of base metal and sparkling gems.
You will need to read this more than once.

You have subscribed to Smashwords Alerts new release notifications for G R Jordan.

You have been added to G R Jordan's favorite list.

You can also sign-up to receive email notifications whenever G R Jordan releases a new book.