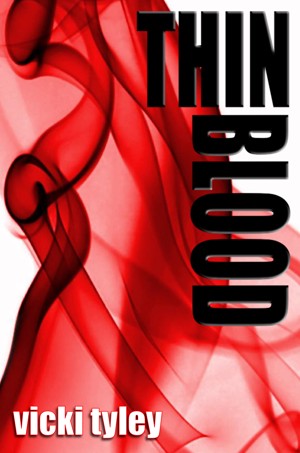 By Vicki Tyley
Rated 4.50/5 based on 26 reviews
A stockbroker’s wife disappears. Blood on his hands and an adulterous affair with the missing woman’s younger sister sees him charged with murder. With no body and only circumstantial evidence he walks free. Ten years later, journalist Jacinta Deller decides to investigate, only to become embroiled in a warped game of delusion and murder. More
Craig Edmonds, a successful stockbroker, reports the disappearance of his wife, Kirsty. What starts as a typical missing person's case soon evolves into a full-blown homicide investigation when forensics uncover blood traces and dark-blonde hairs in the boot of the missing woman's car. Added to this, is Craig's adulterous affair with the victim's younger sister, Narelle Croswell, compounded further by a recently acquired $1,000,000 insurance policy on his wife's life. He is charged with murder but, with no body and only circumstantial evidence, he walks free when two trials resulting in hung juries fail to convict him.

Ten years later, Jacinta Deller, a newspaper journalist is retrenched. Working on a freelance story about missing persons, she comes across the all but forgotten Edmonds case. When she discovers her boyfriend, Brett Rhodes, works with Narelle Croswell, who is not only the victim's sister but is now married to the prime suspect, her sister's husband, she thinks she has found the perfect angle for her article. Instead, her life is turned upside down, as befriending the woman, she becomes embroiled in a warped game of delusion and murder.
Available ebook formats: epub mobi pdf rtf lrf pdb txt html
First 20% Sample: mobi (Kindle) lrf pdb Online Reader
Price: $3.99 USD
Buy Add to Library Give as a Gift
How gifting works
Create Widget
Tags: crime suspense murder mystery murder mystery psychological australia psychological suspense bestselling australian author
About Vicki Tyley

Based in rural Victoria, Australia, I write fast-paced mystery and suspense novels in contemporary Australian settings.

My other interests include photography and web design.

I love to hear from readers: vickityley@gmail.com

Thin Blood Trailer
Thin Blood – the ties that bind us are not always of blood.

At Rich Adin's recommendation, I read this ebook, and the other two she has here, and thoroughly enjoyed it. I was mildly surprised at the ending, as I had seen no clues which would allow me to guess the identity of the killer........

However, a good, well written and engaging read, which i recommend with a whole heart.

Yet another excellent book by Tyley. Clearly of the class of PD James. Highly recommend all of her books.

I really enjoyed how the author built the suspense in her story. At first I thought the story was going to be a simple one, with the first few characters introduced and the general plotline, but as I got more into the story, other characters came out of the woodwork and there were a couple of very good twists--especially the one at the end.

Normally, I don't read contemporary suspense novels, especially because some of them get too graphic (eg. Kathy Reichs, Patricia Cornwell, James Patterson, etc), so what I liked about Vicki Tyley's book was that she didn't have to resort to the use of gross and graphic scenes in order to grab my attention. She managed to maintain the suspense right through, simply by weaving her story in a way that kept me wanting to find out more and kept me guessing--and this, in my opinion, is the mark of a true suspense writer. Anyone can write about blood and gore, but not everyone can write a good suspense story without being too graphic. Vicki did and this is why I liked her novel. I will be reading Vicki's other books - she's got me hooked now ;-) I call her "The Queen of Suspense"!

A thoroughly enjoyable read. Believable characters who each contributed to the storyline. A descriptive style that gets straight to the point without surperfluous words. The description of Melbourne is spot on! An exciting build to a surprising end. Can't wait to get my teeth into another of Vicki's books, well done.

(reviewed 22 days after purchase)
PandaRose reviewed on June 14, 2010
(no rating)
Fabulous book. Well written and a joy to read.

This book is beautifully written by a very talented author.

I had no idea what was coming at the end and I was fantastically surprised! Everything fell into place so completely that I was stunned I hadn't worked it out. A great whodunnit!

Thanks Vicki, Thin Blood is a wonderful read and I look forward to reading many more of your books. Well done!

This book will keep you guessing! You will be engaged in the story as you try to figure out whodunit, how and why. I will be interested in reading other stories by the author as she hones her craft!

Fantastic. Great action and suspense. So many twists and turns I got dizzy. Love that spinning head feeling. Thanks Vicki and I look forward to reading more of your novels!!

A book about a Murdered woman, the Husband who killed her, was cleared of murder, Twice, the dead woman’s sister who falls for the murderer,

The sister works with a guy, who has a girlfriend, who has just lost her job as a journalist!

The ex-journalist, well she’s not the kind of woman who gives up, at anything,

Stubborn, no, STUBBORN is more like it, Tenacious, well yes, Like a Pit Bull is soft and gentle , This woman boy she has Attitude by the bucket load,

So her boyfriend says “Don’t Get Involved”

And he REALLY expected her to LISTEN!

YEAH Right, Men can be stupid.

This is one hell of a good book, the characters are fabulously portrayed, the main lady, Jacinta, is a really sassy, interesting and above all you know straight away she will unravel the mystery

The pace of the story is fast and furious,

Will Jacinta clear the Husband, save his relationship with the sister, and then find the murderer?

Thin Blood is charging up the lists at Amazon,

Believe me this will be BESTSELLER No 1 for Vicki Tyley, and not her last if this is anything to go by, Read It!

And Vicki will be a very BIG NAME, Very Soon!

Super stuff - an Australian murder mystery that twists and turns right up until the final denouement - which I guarantee you won't anticipate.

Lots of characters and lots of viewpoints make the puzzle even more alluring. As we get to know the protagonists, we can't see which of them can possibly be the culprit.

You have subscribed to alerts for Vicki Tyley.

You have been added to Vicki Tyley's favorite list.

You can also sign-up to receive email notifications whenever Vicki Tyley releases a new book.