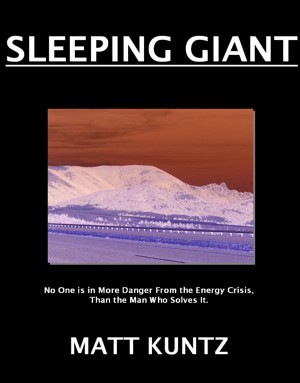 By Matt Kuntz
Stone McCafferty should have left it alone, but he couldn't accept that the body he found in the Missouri River had died of natural causes. Stone didn't know that the dead man's secrets would reveal a earth-shaking new technology and the energy industry's plot to cover it up. He also didn't know those secrets would leave him and his loved ones in the kill zone.
Available ebook formats: epub mobi pdf rtf lrf pdb txt html
First 30% Sample: epub mobi (Kindle) Online Reader
Price: $3.99 USD
Buy Add to Library Give as a Gift
How gifting works
Create Widget
Tags: thriller energy industry wilderness conspiracy
About Matt Kuntz

Matt Kuntz was born and raised in Helena, Montana. Matt received his bachelor’s degree from West Point and his law degree from the University of Oregon. Matt served as in infantry officer in the Army and was recognized as Distinguished Member of the Thirty Fifth Regiment for his service. After leaving the military, Matt worked in high-end research and development for an environmental engineering start-up company before deciding to continue his education.

Matt’s advocacy efforts on behalf of Montana’s service members and their families were documented in the book, Faces of Combat: PTSD & TBI by Eric Newhouse. Matt was recognized by President Obama in his inauguration festivities as one of eighteen Ordinary Americans Who Have Made An Extraordinary Difference. Matt was also recognized as an Everyday All-Star by People Magazine and Major League Baseball.

You have subscribed to alerts for Matt Kuntz.

You have been added to Matt Kuntz's favorite list.

You can also sign-up to receive email notifications whenever Matt Kuntz releases a new book.