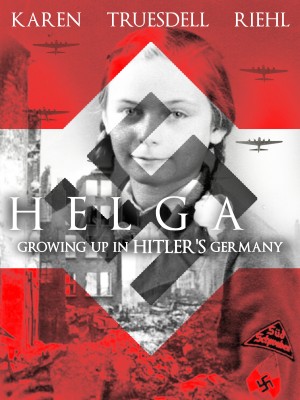 Helga: Growing Up in Hitler's Germany

Karen Truesdell Riehl's writing achievements are remarkable, given the award-winning author's lifelong battle with dyslexia. She was unable to read until the age of ten. Her published works now include a 2015 San Diego Book Awards winner, Helga: Growing Up in Hitler's Germany. Her other books include a memoir, Love and Madness: My Private Years with George C. Scott, telling of her 30-year hidden liaison with the international film star, six novels, eight plays and a radio comedy series, The Quibbles, available from ArtAge Publications at http://www.seniortheatre.com/product/the-quibbles-radio-shows/. Her children's play, Alice in Cyberland, was an award winner in the National Southwest Writers Contest.

Helga was an elementary school librarian, a 1948 German immigrant, when the author met her in 1977. Asked about her experience during the war, Helga quietly revealed she had been a "Jugend," a member of Hitler's child army.Ten-year-old Helga was forced to join the Hitler Youth weekly meetings. Lies and treats were used to build her allegiance to the Fuhrer. As the war drew nearer to her home in Berlin, Helga was sent away to a Youth Training Camp. Her slow disillusionment and harrowing escape home, is a coming-of-age story of a young girl's survival of Nazi mind control. Helga: Growing Up in Hitler's Germany was a 2015 San Diego Book Awards winner.

In the romance novel, Hello Again, a finalist in the 2015 San Diego Book Awards, Shannon Taggert falls in love with Nate, a graduate student teaching assistant. But there's another woman in Nate's life, Tally, the daughter of Walter, his mentor and benefactor. Before meeting Shannon, as Walter lay dying, Nate promised to marry his daughter.

The Ghosts of Fort Ord was inspired by the author's month-long stay near the remains of the abandoned military base.

After having lived for several years in Terre Haute, Indiana, the author was inspired to write a story about scandals in a fictional small town, Freedom's Sins.

Saturday Night Dance Club, was inspired by a true story of four couples, from the 1900's to 1930's, touched by the Great War, organized crime, the Depression and the threat of another war, finding sanctuary in their weekly dance club.

Drawing from her personal experience, Karen wrote Bad Girl: A Play. The Safe Haven Home for Unwed Mothers provides shelter from a judgmental society, but reveals its hypocrisy as well. The young women from all levels of society, rich and poor, share only their shame.

Many overnight weekend getaways on the famous Queen Mary produced her latest novel, The Ghosts of the Queen Mary.

Karen loves to hear from readers of her books. 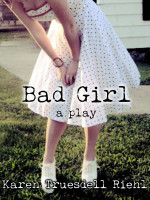 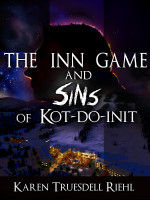 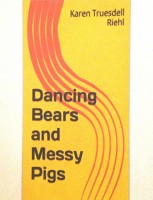 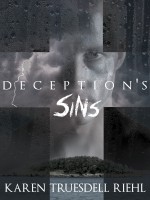 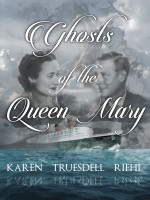 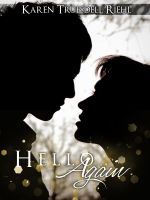 You have subscribed to alerts for Karen Truesdell Riehl.

You have been added to Karen Truesdell Riehl's favorite list.

You can also sign-up to receive email notifications whenever Karen Truesdell Riehl releases a new book.