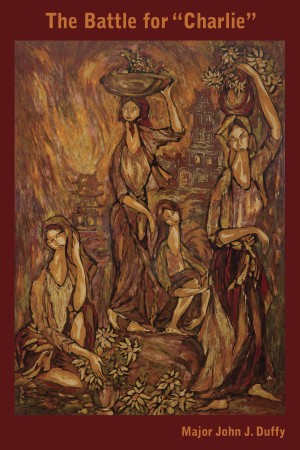 The Battle for "Charlie"

John J. Duffy, the poet, has published four poetry books and previously been nominated for the Pulitzer Prize in poetry. Warman, Peaceman, and Sageman document his war experience as a Special Forces Commander. His "The Bush Chronicles" gives a rendition of the most important events in George W. Bush’s first term as President.

John served as a Commander in Special Operations and is a highly decorated officer. He rose from Sergeant to Major and has sixty plus awards and decoration including the Distinguished Service Cross and eight Purple Hearts.

After military service, John held senior positions in Publishing and Finance. He founded an investment firm which was sold to Ameritrade.

He is retired in Santa Cruz, California and writes poetry. Two of his poems are inscribed on a monument dedicated to Forward Air Controllers in Colorado Springs, Colorado.

Reviews of The Battle for "Charlie" by Major John J. Duffy

You have subscribed to alerts for Major John J. Duffy.

Would you like to favorite Major John J. Duffy?

You have been added to Major John J. Duffy's favorite list.