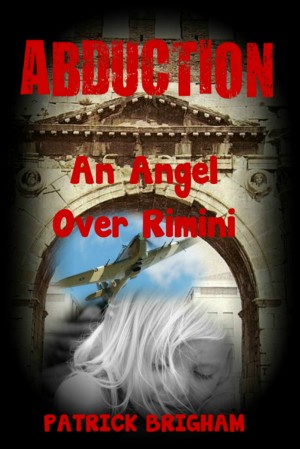 Abduction - An Angel over Rimini

By Patrick Brigham
Penelope Scratchford has been abducted in Italy. The Italian State Police have given up their investigation and believe her parents responsible for her probable murder, but cannot prove it.The British authorities believe she is still alive, as does the UK Press. Europol offers its assistance with this cold case and sends Detective Chief Inspector Mike Lambert to Rimini to investigate her kidnap. More
Detective Chief Inspector Michael Lambert has left the Thames Valley Police Authority and is now working for Europol as a front line Europol Liaison Officer at The Hague. He has left England and, because of his recent divorce, now lives permanently in his holiday villa, in the Calvados region of Northern France.
In An Angel over Rimini, his first case for Europol involves the abduction of a little English girl from a camp site in Riccione in Italy. It is a cold case, which has been reopened due to public pressure, the intervention of the British Government and the agitation of leading English newspapers.
DCI Lambert goes to Rimini to help the State Police to reinvestigate the kidnapping of little Penelope Scratchford, only to find that the investigating authorities are quite determined to blame the parents for her disappearance and murder. It becomes clear - as his investigation progresses - that there are too many unanswered questions and that much of the evidence has been ignored, by the original investigating officer, Vice Inspector Daniel Bosola.
Whilst in Italy, DCI Lambert also finds time to catch up with his father’s mysterious past, during his wartime service in Brindisi as an RAF officer in a Pathfinder Squadron. This reveals some interesting, if not spectacular revelations about his father’s secret wartime exploits and his peccadillo’s too! For Michael Lambert it is also an awakening, and romance in the shape of Countess Beatrix d’Aragona finally brings the Europol detective back to life emotionally, somehow blotting out the past and his sterile marriage to Arabella Lambert.
Continuing his pursuit of the missing English girl, his investigations take him to Greece and the established smuggling routes through the Evros River Delta up into Bulgaria. In Greece he discovers the horrors of organized illegal immigration and people trafficking and the gangsters involved. He also finds out, that these established smuggling routes are also Al Qaida’s way into Greece and the EU.
In his travels he comes across corrupt Lawyers and Orphanages in Bulgaria, but in so doing he also manages to pinpoint an established child trafficking trail which ultimately leads him back to Central Europe. The discovery of an illegal child adoption group in Hanover and the criminals who operate it, the information gleaned during his trip through Bulgaria, helps DCI Lambert to learn if little Penny Scratchford is still alive or dead.

Born in Berkshire, England to an old Reading family, after attending an English Public School and a stint at college, the author Patrick Brigham went into real estate. After the economic crash of 1989, he licked his wounds, wrote two books and in 1993 decided to finally abandon London, the UK's casino economy and moved to Sofia, Bulgaria. The natural home of political intrigue, Communism and the conspiracy theory, Bulgaria proved to be quite a challenge, but for many of its citizens, the transition was also very painful. Despite this, Patrick Brigham personally managed to survive these political changes and now lives peacefully in Northern Greece, writing mystery novels. A writer for many years, he has recently written four 'good' crime fiction books, including, Herodotus: The Gnome of Sofia, Judas Goat: The Kennet Narrow Boat Mystery, Abduction: An Angel over Rimini, and finally The Dance of Dimitrios.

Confirming that the truth is very often stranger than fiction, Eastern Europe has proved to be Patrick Brigham’s inspiration for writing good mystery books. Much of his writing has been influenced by 20 years spent in the Balkans and the plethora of characters in his writing, are redolent of many past communist intrigues in Bulgaria.

Recently Patrick has delved into literary fiction, with his new book, Goddess of The Rainbow, a very Greek story involving a rain deluge, and how flooding changes people, moves the finger of fate, and causes us to reflect on our lives. A series of short stories, they all happen in the Greek town of Orestiada. Stories which simultaneously interlink and become a part of the whole, centre around Iris – the local DHL courier – who in Greek mythology is not only Goddess of The Rainbow, but also the Messenger of The Gods, thereby connecting the individual tales of this sixteen chapter book. All that and more; stories which come so beautifully together in the last chapter –fascinating and enchanting – which can be read and enjoyed individually, but put together, serve to make the whole novel greater than its component parts.

This year's novel is a stand-alone tale called The London Property Boy. Based on twenty years in the London property business, Patrick brings to life the excitement and intrigue of property dealing. With the fast buck and living high on the wing, comes disaster and the 80s draws to a close with another property crash.

You have subscribed to alerts for Patrick Brigham.

You have been added to Patrick Brigham's favorite list.

You can also sign-up to receive email notifications whenever Patrick Brigham releases a new book.