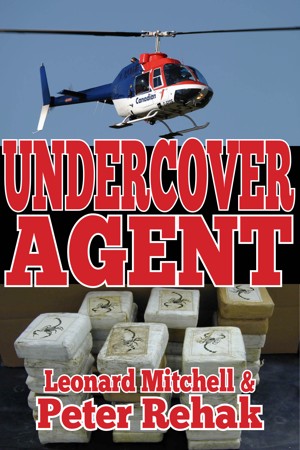 Undercover Agent; How One Honest Man Took on the Drug Mob...And Then the Mounties

By Peter Rehak
It was North America’s biggest drug bust, worth $238 million. The man behind it was a small-town businessman who fooled the Miami drug barons who were setting up a pipeline into Canada. Leonard Mitchell worked undercover for the RCMP for 19 months because “it was the right thing to do.” He was successful but it earned him a lifetime run from the mob and he also had to take on the Mounties.

Peter Rehak is an award-winning journalist who has worked in North America and Europe in print, television and new media. For 18 years, he was the Executive Producer of CTV’s investigative program “W5”. Previously, he was Senior Producer at CBC’s “The National.” His distinguished print career includes stints as an award-winning foreign correspondent for The Associated Press in Europe and as a bureau chief and correspondent for TIME Magazine in Canada. His interest in new media has led him to produce projects for America Online and the Sympatico Internet service. He lives in Toronto where he is a media relations consultant for public inquiries and other organizations.

You have subscribed to alerts for Peter Rehak.

You have been added to Peter Rehak's favorite list.

You can also sign-up to receive email notifications whenever Peter Rehak releases a new book.