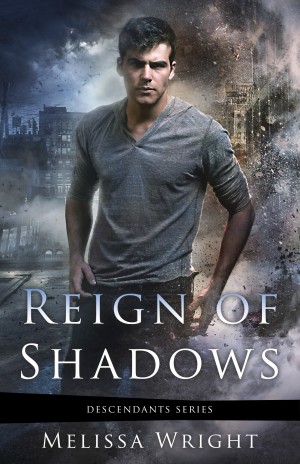 Unable to bear the idea of losing the footing they've so recently gained, she turns the soldiers of the Seven. But with shadows hidden among the ranks, can she overcome the path they've set in place, or is she blindly following their lead?
Available ebook formats: epub mobi pdf lrf pdb txt html
First 30% Sample: mobi (Kindle) lrf pdb Online Reader
Price: $2.99 USD
Buy Add to Library Give as a Gift
How gifting works
Create Widget
Tags: urban fantasy fantasy paranormal magic young adult ya mind control na new adult
About Melissa Wright

Melissa is the author of more than a dozen YA and fantasy novels including The Frey Saga and Between Ink and Shadows. When not writing she can generally be found talking with an author friend about a book, painting something from a book, or tucked between headphones listening to a book. It’s kind of a theme. She loves reasonable heroines in unreasonable situations, noble--if brooding--heroes, slow burn and sweet kisses, a lot of havoc, and a little magic. Stay updated on works in progress at Instagram or contact her through the web at www.melissa-wright.com

For info on contests and new releases, sign up for the newsletter here: https://bit.ly/2VDuwn1

About the Series: Descendants Series

She's the Chosen. He's her protector. Together, they'll take on destiny.

Reviews of Reign of Shadows by Melissa Wright

You have subscribed to alerts for Melissa Wright.

You have been added to Melissa Wright's favorite list.

You can also sign-up to receive email notifications whenever Melissa Wright releases a new book.