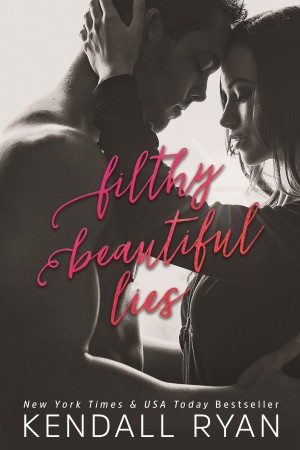 A New York Times, Wall Street Journal, and USA Today bestselling author of more than a dozen titles, Kendall Ryan has sold more than a million ebooks and her books have been translated into several languages in countries around the world. She's a traditionally published author with Simon & Schuster and Harper Collins UK, as well as an independently published author. Since she first began self-publishing in 2012, she's appeared at #1 on Barnes & Noble and iBooks charts around the world. Her books have also appeared on the New York Times and USA Today bestseller list more than two dozen times. Ryan has been featured in such publications as USA Today, Newsweek, and InTouch Weekly.

Visit her at: www.kendallryanbooks.com for more.

You have subscribed to Smashwords Alerts new release notifications for Kendall Ryan.

You have been added to Kendall Ryan's favorite list.

You can also sign-up to receive email notifications whenever Kendall Ryan releases a new book.