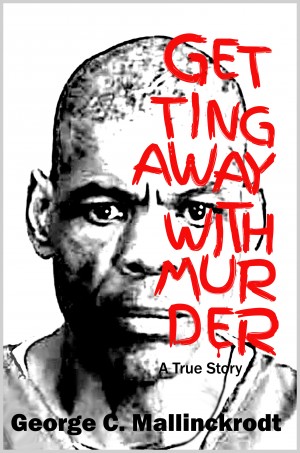 Getting Away With Murder - A True Story

By George C. Mallinckrodt
Having worked as a psychotherapist for nearly three years in a Florida state prison psychiatric unit, George Mallinckrodt experienced firsthand the ultimate consequences of failed national and state mental health policies. With high hopes, 20 years of counseling experience, and a determination to make a difference, he dove headlong into the miasma of prison counseling. More
America is experiencing a mental health crisis of unprecedented magnitude. Fifty years ago, shocking conditions and abuses in psychiatric facilities resulted in nationwide closures with no viable plan to provide care for former and future patients. For the severely mentally ill, ever diminishing funding for mental health has resulted in a de facto return to the Middle Ages. In a justice system that criminalizes mental illness, people who desperately need mental health services are instead routinely rounded up and thrown into prisons for no more than a manifestation of their psychiatric conditions.

Having worked as a psychotherapist for nearly three years in a Florida state prison psychiatric unit, George Mallinckrodt experienced firsthand the ultimate consequences of failed national and state mental health policies. With high hopes, 20 years of counseling experience, and a determination to make a difference, he dove headlong into the miasma of prison counseling.

Join Mallinckrodt on the front lines in an eye-opening odyssey peppered with patients suffering a range of mental illness from paranoid schizophrenia to garden variety depression. George provided counseling to men who committed every crime imaginable—even grave robbery.

For nearly three years, I worked as a psychotherapist in a Florida state prison psychiatric ward where severely mentally ill patients on my caseload were abused, starved, taunted, tormented, and beaten by correctional officers. After a patient on my caseload was beaten by guards, my attempts to raise the issue of patient abuse were met with silence. My vociferous advocacy for the humane treatment of our patients ended in my dismissal. Ten months after my departure, guards put a man named Darren Rainey in a boiling hot shower and scalded him to death.

Deeply impacted by Rainey's horrific death, I became an advocate for his justice on a local level. Early efforts included a meeting with FBI agents and filing a complaint with the Civil Rights Division of the Department of Justice, Special Litigation Section. The complaint provided secondhand details of Darren Rainey's murder and a host of other abuses I witnessed in my former unit. Two and a half years after I spoke with FBI agents, the Miami Herald reported that the DOJ had initiated a criminal investigation into Rainey's death.

My advocacy has included two meetings with Miami-Dade Homicide detectives. Core members of a prison reform advocacy group I helped start met with State Attorney Katherine Fernandez Rundle and four Assistant State Attorneys. To date, no charges have been filed in Rainey's death. My other efforts included dozens of calls and a personal visit to the Dade County Medical Examiner's office only to find Rainey's autopsy report was "still pending." I emailed a Miami Herald crime reporter concerning Rainey's death. He never responded.

Frustrated by futile attempts to interest authorities in Rainey's murder, I started writing a whistleblower account about my experiences. Two years later, I published the first edition of GETTING AWAY WITH MURDER, a book that provides readers with an unprecedented perspective into the treatment of the mentally ill. My objective in writing a book detailing the horrific conditions mentally ill patients face was to generate outrage among the public.

In May of 2014, the Miami Herald published the first of over 90 articles about the brutality and cover-up scandal that has rocked the Florida Department of Corrections. My former unit was featured in the first article. I immediately contacted Herald reporter Julie Brown and described a unit plagued by patient abuse that included beatings. Subsequently, I have been quoted in more than a dozen Miami Herald stories.

In the year and a half since stepping forward, I have been interviewed in over a dozen television news and radio shows about my experiences. I have appeared twice on National Public Radio station WLRN in Miami. Miami affiliates of CBS and ABC invited me to appear on CBS4 Investigates and This Week in South Florida respectively. Reporters from around the state called me for responses to developing stories that emerged on a monthly basis. Nationally, I appeared on HuffPost Live and a journalist from ThinkProgress profiled me. The publicity provided a platform to significantly advance prison reform in Florida.

Recently, a journalist from the New Yorker Magazine interviewed me for a story slated to appear in late November 2015. I plan to capitalize on this opportunity by taking the Florida prison brutality story to the national level as a means to advocate for prison reform, the humane treatment of the mentally ill, and a reduction of their numbers in prisons nationwide.

In January 2015, the Senate Criminal Justice Committee invited me to Tallahassee to speak to lawmakers. My PowerPoint presentation detailed brutal suspicious deaths and included suggestions to eliminate the deeply embedded culture of brutality within the Florida Department of Corrections. Weeks later, the Florida Senate passed a strong prison reform bill. A month later, the House presented their version that gutted the Senate's version. Despite intense negotiations, agreement could not be reached and the prison reform bill died on the House floor. During negotiations, I helped organize a grassroots campaign to influence key House members. Legislative aids told us they were inundated by thousands of calls and emails.

Author: Getting Away With Murder was a two year project I started in September of 2012 in frustration over the many dead ends I encountered while trying to get Darren Rainey justice.

Psychotherapist: I've been in practice for 20 years in the Miami area. Aside from my experience in the state prison psychiatric ward, I worked for the Bertha Abess Children's Center counseling Emotionally Handicapped and Severely Emotionally Disturbed middle school children for the Dade County Public School System. I had many years in private practice as well. http://www.sobepsychotherapy.com/

Artist: I paint abstract and modern art on unusually large canvases measuring 6 by 9 feet. Before I became deeply involved in writing the book, I expressed ideas using an original technique on smaller canvases. http://www.abstractimpression.com/

Miami Beach Resident: My family moved from St. Louis when I was very young making me a fifty-year resident.

Barry University: Graduated in 1995 with a Masters in Mental Health Counseling

University of Miami: Graduated with a Bachelors in Psychology in 1985. Lettered for the tennis team that was ranked 6th in the nation in 1983. Played at the number three position in singles and two in doubles.

Reviews of Getting Away With Murder - A True Story by George C. Mallinckrodt

You have subscribed to alerts for George C. Mallinckrodt.

You have been added to George C. Mallinckrodt's favorite list.

You can also sign-up to receive email notifications whenever George C. Mallinckrodt releases a new book.