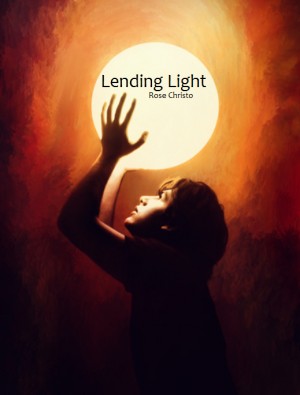 By Rose Christo
Rated 5.00/5 based on 1 reviews
Eleven years ago a serial killer menaced the Nettlebush Indian Reservation. Rafael Gives Light is his son. A loner, Rafael relies on his startlingly overactive imagination to escape the distrust and vitriol of his peers.

In the summer of 2000 an exceptionally blond boy moves to Nettlebush. Rafael learns that the boy is his father's last living victim. The boy wants to be friends. More
"Sometimes my imagination bleeds into reality."

Eleven years ago a serial killer menaced the Nettlebush Indian Reservation. Rafael Gives Light is his son. A loner, Rafael relies on his startlingly overactive imagination to escape the distrust and vitriol of his peers.

In the summer of 2000 an exceptionally blond boy moves to Nettlebush. Rafael learns that the boy is his father's last living victim. The boy wants to be friends. 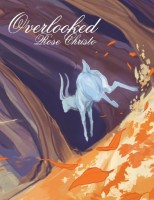 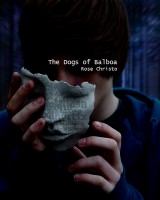 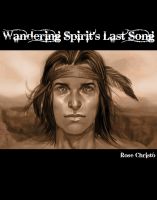 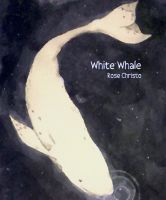 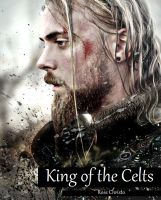 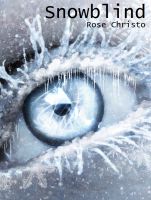 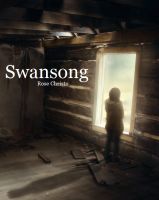 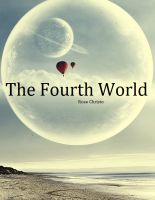 Anyone who knows me knows that Gives Light by Rose Christo is my favorite series ever. I fell in love with the first book and I wasn’t able to put the series down. At the time, there were only four books, and I thought that was the whole series. I hoped there would be more, but I would have been okay with leaving it at four if the author had wanted it that way.

Shaman Quick raised an imperious hand, halting me. "You are not telling me everything you saw," he announced. "But you have told me enough. You will very soon learn what it means to have no voice.


Lending Light is the fifth book in the Gives Light series. It’s the retelling of book one, Gives Light, from Rafael’s POV. Rafael happens to be one of my favorite literary characters ever. Both he and Skylar are. But I never got to read a book from his POV before now, and it was always something I wanted. Something I craved. So you could imagine my delight when I heard that the new book would be from his POV, and I would get to relive the first book and the events around that time from his eyes. Honestly, I knew I would love it, but I would never have been able to guess how much. Rafael is a complex character and one I couldn’t not love. Getting a book from his POV was amazing. I always knew he was a complex, lovable, and somewhat sad guy, but I never knew how deeply he felt.

My mother's name was Susan Gives Light. I craved the light like dying men crave water.


It was like having a lantern inside of me, and it blazed to life when Sky was near, without him even knowing: It oozed melted light throughout my veins; it made me happier than I'd known humanly possible.


There were times in the book where I really understood Rafael’s anger. People talked to him like he was his dad, or like he should have stopped him. It felt, to me, as though he was expected to be an adult when he’d only been a child. A child who lost a lot himself. A child who had to deal with a lot of guilt, and still does, over the loss of his mother. Some of those scenes were particularly hard and emotional. Maybe they wouldn’t be for someone who wasn’t as in love with Rafael as I am, but they were definitely tough for me. I just wanted to hug him so bad, or have Skylar hug him.

The way Rafael felt about Skylar was so beautiful, so powerful, I was surprised. It’s not like I was surprised he loved him, I already knew that. But the power behind that love was so strong, and they appeared very early on, like just after they met. But it was so beautiful, and for me, very believable. I felt how much he cared about Skylar and I found myself falling in love with this couple, again. Not that I ever lost it. But at times his feelings came out in such the simplest of ways, I couldn’t stop myself from feeling like it was my first experience with them.

Sky in my arms was the best feeling.


There are moments in this book where I was wondering how Rafael didn’t go insane. This book drew out Skylar and Rafael becoming a couple a lot more than Gives Light did. Maybe because they had different scenes, and Rafael’s journey was different than Skylar’s was. But I was seriously getting impatient for them to get together, and to relive those moments with Rafael this time. And then there were moments, moments before that first kiss, moments that really stood out for me, and I suddenly found myself less impatient and not really focusing on them becoming a couple, but simply wanting them to share more scenes together. Those moments happened quite often and they were some of my favorite moments in the book.

I snagged my arms around Sky's waist. I pressed my face against his stomach. I felt every breath he took, slowing my own breathing until we matched. My face was damp with tears; I worried that I'd wet his shirt. He didn't care. His fingers roamed my scalp in feathery touches. He tucked my hair behind my ears and stroked the back of my neck. I'd never felt so relaxed. The feeling was doubly strong when I realized Sky was relaxed, too. Our emotions were in synch. I knew just then that anything he felt, I felt. Anything I felt, he felt. For a moment, however brief, however lasting, we shared the same heartbeat.


The writing in this book is beautiful, not surprising since it’s a Rose Christo book. I expect it from her whenever I pick up one of her books. They always amaze me and the writing makes me so insanely happy, and jealous at times. I would love to have the ability to write half as beautifully as she does.

Another thing that remains similar to the other books is the family feel to this book. Family is definitely a huge part of this series, and I do tend to love almost all of the characters. Especially Skylar’s Granny. She was funny in this book, too, even though she wasn’t in it as much as the previous ones. Her love for Skylar was obvious in this, and it made me so ridiculously happy. And the tattoo scene was awesome. I laughed so hard while I was reading it.

Some people might be people might be hesitant to read this because it’s a retelling of Gives Light, but you shouldn’t be. This almost feels like a new series, and I don’t really see an issue with starting with this book, though you should really read the books in order. If you’re a hardcore fan of the series, like I am, then you should definitely read this because it’s amazing and wonderful and it puts you into Rafael’s head and you get his thoughts and his feelings and his different experiences. I promise, you won’t regret it.

You have subscribed to alerts for Rose Christo.

You have been added to Rose Christo's favorite list.

You can also sign-up to receive email notifications whenever Rose Christo releases a new book.