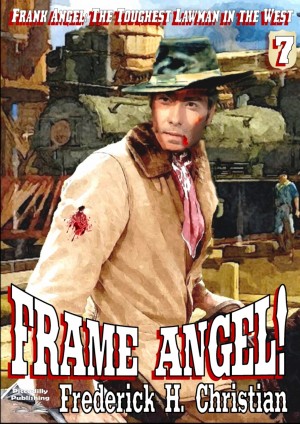 Frederick Nolan, a.k.a. 'Frederick H. Christian', was born in Liverpool, England and was educated there and at Aberaeron in Wales. He decided early in life to become a writer, but it was some thirty years before he got around to achieving his ambition. His first book was The Life and Death of John Henry Tunstall, and it established him as an authority on the history of the American frontier. Later he founded The English Westerners' Society. In addition to the much-loved Frank Angel westerns, Fred also wrote five entries in the popular Sudden series started by Oliver Strange. Among his numerous non-western novels is the best-selling The Oshawa Project (published as The Algonquin Project in the US) which was later filmed by MGM as Brass Target. A leading authority on the outlaws and gunfighters of the Old West, Fred has scripted and appeared in many television programs both in England and in the United States, and authored numerous articles in historical and other academic publications.

About the Series: Frank Angel Western

His name was Frank Angel and he was different for another reason: his name was that of a real Presidential investigator, Frank Warner Angel (1845-1906) , who was a troubleshooter for the Attorney-General of the United States. He was sent to New Mexico in 1878 by the Department of Justice to investigate the murder of English rancher and businessman John H. Tunstall and a gaggle of politicians, one of whom was the Governor of New Mexico, Samuel B. Axtell. No prizes, then, for guessing where the idea came from.

You have subscribed to alerts for Frederick H. Christian.

You have been added to Frederick H. Christian's favorite list.

You can also sign-up to receive email notifications whenever Frederick H. Christian releases a new book.