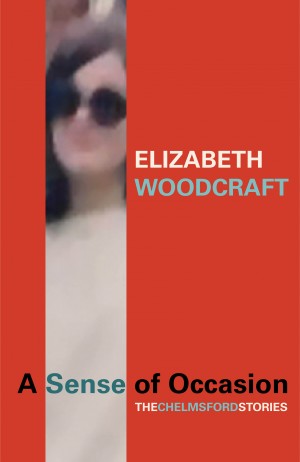 A Sense of Occasion

Elizabeth Woodcraft was born and grew up on a working class estate in Chelmsford, Essex. At a time of mods and rockers, Chelmsford was a mod town and she became a mod at 13, worked in the Milk Bar at 15, and danced to the music of Zoot Money, Georgie Fame and Wilson Pickett on Saturdays.

She took her suede coat and small collection of Tamla Motown records to Birmingham University where she studied philosophy. She then taught English in Leicester and Tours in France. After that, she moved to London where she worked for Women's Aid, the organisation which supports women who suffer domestic violence. Women's Aid helped to bring about a change in the law - the Domestic Violence Act of 1976 - and Elizabeth's experiences during that time led her to retrain as a barrister. During her time at the Bar she has represented Greenham Common Peace Protesters, Anti-Apartheid demonstrators, striking miners and Clause 28 activists, as well as battered women, children who have suffered sex abuse in and out of their homes and gay parents seeking parental rights.

She has published two crime novels, featuring barrister Frankie Richmond - Good Bad Woman and Babyface. Frankie Richmond's collection of Stax and Motown records is to die for. Good Bad Woman was shortlisted for the John Creasey Award for Best First Crime Novel, and in the US won the Lambda Literary Award. The reviewer in the London Times said about Babyface, 'Move over Rumpole.' A third Frankie Richmond novel - Crazy Arms - is on the way.

You have subscribed to alerts for Elizabeth Woodcraft.

You have been added to Elizabeth Woodcraft's favorite list.

You can also sign-up to receive email notifications whenever Elizabeth Woodcraft releases a new book.