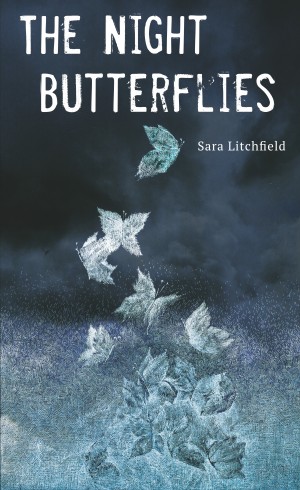 By Sara Litchfield
It is always dark. Warmer than it should be. The sun is a dull glower of reproach. A once-majestic university town is crumbled, ashen and divided. The Men have made their home the Facility, where they develop the medication to combat the radiation that would otherwise kill those left.

Can the young, the nightmare product of Project Eden, defy Leader and learn to hope? Or is horror all they have? More
It is always dark. Warmer than it should be. The sun is a dull glower of reproach, only sometimes visible through the fallout. A once-majestic university town is crumbled, ashen and divided. The Men have made their home the Facility, where they develop the medication to combat the radiation that would otherwise kill those left alive.

Another day at school for Teacher. Another morning of bullying and torment from a batch of doll-like triplets more violent and unbalanced by the day. They are the nightmare product of Project Eden, the operation devised by Leader for the survival of the community, seeded in the Mothers without their consent.

Teacher has hope. She has a secret. When it is uncovered by Jimmy-1, a triplet who might be different, what will it mean for his future and hers?

Not just another dystopian novel. New author Sara Litchfield explores what it means to be a child, a mother and a monster in a chilling world devoid of comfort.

ONCE UPON A TIME, a seven-year-old girl put the finishing touches on her latest masterpiece. The house was littered with them. Little stories that came from who knew where in her head. By eleven, she decided it was time to release a bestseller and sent a gritty horror novel to Penguin (it was a novella really – but she was smaller then). She’d like to take this opportunity to thank Penguin for their kind and encouraging letter of 1996 – hopefully you’ll be hearing of her.

Penguin said, ‘Don’t stop writing.’ But ten years later and what had happened to that wonder; that wit; that imagination; that self-belief in being a best-seller waiting to happen? It was all still there – just buried like hope at the bottom of Pandora’s box. As she grew up, she continued to read like the clappers but her creative writing whittled. After leaving school, she only wrote academically. She put away her childish things. She went to Cambridge and studied theology & philosophy. She wrote a dissertation on whether human fulfilment was possible and immersed herself in utopian hopes and dreams. She was published in an international theological journal. Her inspirational supervisor said, ‘Don’t stop writing.’

From this promising point, she got sucked into the city and became an accountant. Always she told herself it would be worth it one day to do for accountancy what John Grisham did for law. She would write thrillers about regulatory compliance some day – just you wait. Meanwhile, it was worth it because one day she’d have her own business and be able to do her own bookkeeping. The writing bug was still there, just distracted by spreadsheets and financial reporting on risk and control.

Anyway, one day, one internal audit too many was too much. She escaped. She went on an epic adventure to the other side of the world, defying near-death experiences and finding love along the way. She decided to make a living doing something she loved and studied to become a freelance editor. She started her own business. And she took back out her childish things – her hopes and dreams; crumpled but still creative. And she started to write…

Review
Ann Wickens reviewed on Dec. 27, 2014
(no rating)
What an amazing journey. I wasn't sure in the beginning. What kind of world had I stumbled into, peopled with terrifying children and characters who seemed to have forgotten their names? But the story captured me, kept me coming back each time for more, as the world unfolded before me, and things were not at all what they appeared.

You have subscribed to alerts for Sara Litchfield.

You have been added to Sara Litchfield's favorite list.

You can also sign-up to receive email notifications whenever Sara Litchfield releases a new book.