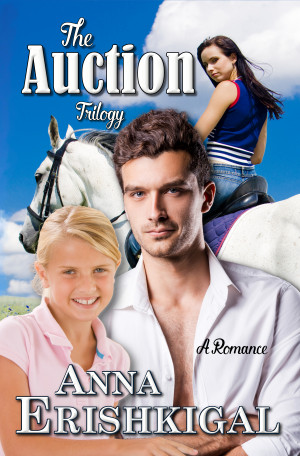 The Auction Trilogy: a Romance

“A mystical, magical landscape, and old legends take on a new life…” —Romancing History Blog
.
“I was instantly drawn into the characters’ lives, and felt like I was right alongside Rosie as she struggled to keep her life from falling apart…” –N.Y. Times Best Selling Author Stacey Joy Netzel
.
"This modern day rendition [of Jane Eyre] … is spot on with the Bronte storyline, but with a refreshingly modern twist. You'll want to cry with the heroine as she struggles to protect the little girl from her crazy and manipulative mother, and you'll cheer for Adam & Rosie as they take baby steps toward trusting one another and believing in true love…" —Dark Lilith Book Blogs
.
"I cried, laughed and my heart sang throughout its entirety. If you're a romantic at heart and love to be put through the wringer just to have your heart sigh, this is the book for you…" —Reader review
.
"The mental imagery of this story is incredible. I fell in love alongside Rosie with the Station and its dream walks. A beautifully written tale!" —Reader review
.
"The book induces a roller-coaster of emotions in the reader ranging from unadulterated mirth one moment to such deep grief and sadness the next. The description of Australian outback, the auction and the scenes are so vivid that they took me down memory lane to the trip I took to that country…" —Reader review
.
"The story of Adam Bristow, his daughter Pippa, and incoming tutor Rosie Xalbadora invokes shadows of Jane Eyre, with Erishkigal’s flair for complex story line and a rich supporting structure of subplot … "The Auction” is satisfying, inspiring, heart-rending, and epic…." —author Dale Amidei, Jon's Trilogy
.
"It's like Jane Eyre meets The Horse Whisperer..." —Reader review

Anna Erishkigal is an attorney who writes fantasy fiction under a pen-name so her colleagues don't question whether her legal pleadings are fantasy fiction as well. Much of law, it turns out, -is- fantasy fiction. Lawyers just prefer to call it 'zealously representing your client.'
.
Seeing the dark underbelly of life makes for some interesting fictional characters. The kind you either want to incarcerate, or run home and write about. In fiction, you can fudge facts without worrying too much about the truth. In legal pleadings, if your client lies to you, you look stupid in front of the judge.
.
At least in fiction, if a character becomes troublesome, you can always kill them off.

About the Series: Song of the River

The Song of the River series weaves the fate of wounded people with Australian Aboriginal myth... 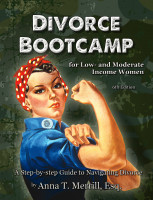 This book started out slow and somewhat repetitive. (How many times does the protaganist need to comment on the attractiveness of her boss?)

But about half-way through it sped up where I felt that I, along with the characters, was on a roller coaster. I cried several times.

I was privileged to receive an advance reading copy of “The Auction” to review. Even more than is reflected in its rating, which earned an easy five stars, this is a very special novel.

Easily twice to three times the length of a typical example in its genre, Erishkigal’s initial foray into Sweet Romance avoids becoming ponderous. Rather, the richness of the experience, with masterful description, setting, and characterization, becomes luxuriant … the literary equivalent of a soaking bath with bubbles and candles.

The story of Adam Bristow, his daughter Pippa, and incoming tutor Rosie Xalbadora invokes shadows of Jane Eyre, with Erishkigal’s flair for complex story line and a rich supporting structure of subplot. Emotions encountered along the way are evoked honestly and diverse, as in the best and worst of what one experiences when outside the pages of such a masterfully crafted tale.

This is the story of a father, Adam, who will endure what he must for the sake of his daughter. Pippin, who escapes in fantasy as she can, is transfixed in a bitter custody dispute. Rosie finds herself thrust into their conflicts and hopes while she deals with managing her own, forced to remain at a distance under the roof of a man to whom she is increasingly attracted. Every character is distinct, emotive, and artfully presented. Instead of reading this novel, one experiences it from beginning to end, hanging on through wave after wave in an eddying current that builds to the roil of a tempest and from there to a perfect storm of emotion.

“The Auction” is satisfying, inspiring, heart-rending, and epic. You should grant yourself the pleasure of this read as a standard of comparison once you unwillingly reach “The End.”

You have subscribed to alerts for Anna Erishkigal.

You have been added to Anna Erishkigal's favorite list.

You can also sign-up to receive email notifications whenever Anna Erishkigal releases a new book.