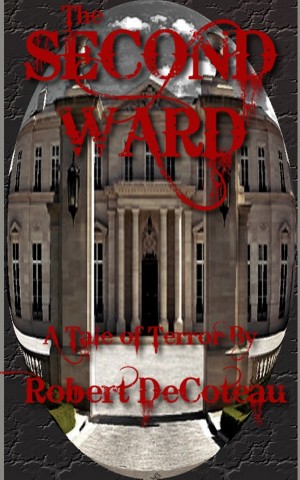 Rated 4.67/5 based on 3 reviews
A fast paced short story of a young mental patient who is seeking freedom from his own personal hell. More
Jason is a confused young man who was abandoned by his parents at a mental hospital at the age of nine. He struggles with a reoccurring nightmare that may just be the key to finding his sanity.

I was born in 1974 in Bremerton, Washington. I moved to Bellingham, Washington at the age of four and have been here ever since.
I love living in the Pacific Northwest about two months out of the year. The other ten months it rains.
Constant rain gives me plenty of time to read and write. While I'm hooked on writing horror right now, I enjoy many other genres.
My favorite author is Robin Hobb, who also lives in the northwest. She is the award winning Fantasy author of Assassin's Apprentice and several sequels.
I have one son. I named him Chance. He is currently six going on fifteen. We are both currently enrolled in school, but I am a few grades ahead of him.

Well I was pretty dumb and didn't realize this was a short story till I was at the end lol. Great read and it didn't feel rushed like most short stories I encounter. Definitely worth your time.

"Second Ward" turned out to be an exciting, engrossing little tale! I wasn't sure about it at first, but I had to keep turning the page to find out what was going on. The ending won't surprise anyone, but the story was told in such a way that it was rewarding to finish! Read on for the good, the bad, and the breakdown.


THE BAD...
Let's get the glitches out of the way first. None of these problems make "Second Ward" a bad story, or otherwise make you want to stop reading. Unless you're a writer or an English freak, these may not bother you in the least.

There are punctuation issues scattered through the story. A few pieces of dialogue ending with a ? or ! also have a trailing comma; some sentences are split by commas in awkward places and other sentences need to be broken up with commas (run-ons); and there were a few dangling phrases such as "...not that he would have."

In some parts, the characters were jumbled up with no clear idea of who was doing what; in other parts, the tense changed between past and present for no reason (particularly in the ending). A passage that illustrates this point: "Jason smelled onions and garlic as Joe clenches his teeth trying to straddle his legs..." No clear idea of who is straddling who, and the tense changes abruptly.


THE GOOD...
This is a tense, gripping story that makes you wonder what the heck is going on. At every point, there are little breadcrumbs of mystery; it is well-paced and makes you turn the page. You won't want to pause and bookmark while reading this one.

Some scenes are poignant and pregnant with sorrow. It's tough in a short story to make the reader identify and empathize with a character, but Mr. DeCoteau does just that--and more. If you're sentimental, you might feel a gush of sadness or a scream of horror creep up.

The point-of-view is tight and well-maintained. I've noticed this same quality about Robert's other work, as well. A lot of new or amateur writers have trouble maintaining perspective--Mr. D does it with ease. This keeps the story focused and engrossing. The reader likely doesn't realize how important this simple feat is to good writing.


THE BREAKDOWN...
The ending should have been predictable, but it really wasn't! Clues and pointers pop up in the story, allowing you to guess at the outcome; yet the author manages to keep you locked up with the main character long enough to distract you from that almost cliche conclusion--and that's a compliment! I don't know how he did it, but I am impressed. Despite the minor hiccups in the writing, "Second Ward" is well worth your time and your buck.

The Second Ward starts off at a harrowing pace and never lets up on the acceleration. I empathized with the lead character Jason in his plight or blight, which is difficult to do in a short story. Robert brought life to Jason and made me as a reader care what happened to him or more sinisterly (is that a word) what was being done to him. Thank you Robert looking forward to more of your forays into the internal workings of the mind.

You have subscribed to alerts for Robert Decoteau.

You have been added to Robert Decoteau's favorite list.

You can also sign-up to receive email notifications whenever Robert Decoteau releases a new book.