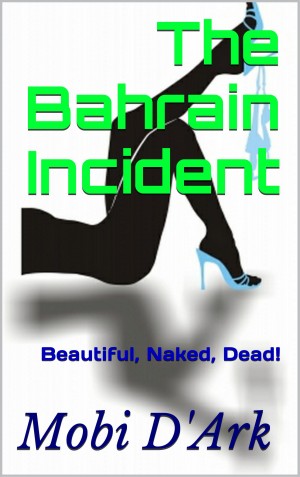 Rated 3.00/5 based on 1 reviews
The murder of a prostitute in nearby Bahrain results in the arrest of Steve, a Vietnam Vet, working in the Abu Dhabi oilfields. The evidence is overwhelming, but his company are determined to have him released from the stifling desert stockade, and somehow prevent the police from extraditing him back to Bahrain to face trial. It is 1973, but 25 years pass by before the shocking truth is revealed. More
The Bahrain Incident is an 8,000-word ‘whodunit’ set in Bahrain and Abu Dhabi in the early 1970’s. The tale commences in 2008, with a chance meeting between old colleagues in London, before flashing back to Abu Dhabi in the early 70’s - at a time when ‘Base Camp’, an oilfield caravan site way out in the desert, was the largest centre of habitation in the country.

There, the mainly American expatriate oilfield workers enjoyed a ‘wild west’ type of existence. They worked hard, drank hard, played hard, and fought hard. When they went to nearby Bahrain for R&R, they also ‘screwed’ hard.

The murder of a Seychelles prostitute, who worked in Bahrain, results in the arrest of Steve, a young Vietnam Vet, who had just flown back his job in Abu Dhabi after a few days off.

The evidence pointing to him is overwhelming, but the oil company management are determined to get him released from the ‘hell-hole’ of a stockade, situated out in the blistering, Abu Dhabi desert before he dies of heat stroke and starvation. Somehow, they must also prevent the police from extraditing him back to Bahrain to face murder charges.

The success - or otherwise of these efforts, together with some startling revelations which only become apparent some 25 years after the event, take the reader through a maelstrom of suspense and surprises.

Hitherto a writer of literary novels and short stories based in Thailand, this is the only fully fledged murder-mystery so far written by the author, Mobi D’Ark, who spent three years working in Abu Dhabi in the early 1970’s.

The Bahrain Incident, is a work of fiction, but is nevertheless based on his personal experiences when living and working there.

Mobi D'Ark was born in 1946 in Hampshire, England and grew up in post-war, economically depressed East London/Essex. He left school at the age of sixteen to become an accountant and had a 40-year career in the world of global finance.

During this time he lived and worked extensively abroad, primarily in South East Asia, West Africa, The Middle East, and North America. He concluded his career back where he started - in the City of London.

Taking early retirement in 2,000, Mobi turned his hand to his first love, creative writing, and over the following 14 years, he has written a collection of six Thai-based novelettes, a children's novel, a crime novelette based in the Middle East and three full-length novels, two of which are mainly based in Thailand, and the third in Nigeria.

Mobi is a much-wedded world traveller and has been caught up in many sensational adventures. These include a bloody civil war; a kidnapping; high-level corruption; a murder or two and a few other foolhardy escapades which on occasion, have caused him to spend several brief spells in third-world jails.

Much of his writing is based on these personal experiences.

After living overseas for many years, Mobi returned to the UK in 2017 and now lives in Rutland.

The plot of The Bahrain Incident is clever but the dialog is stiff and un-natural.
This short story is actually less than 10,000 words, the rest is a sample of another story.

You have subscribed to alerts for Mobi D&#039;Ark.

You have been added to Mobi D&#039;Ark's favorite list.

You can also sign-up to receive email notifications whenever Mobi D&#039;Ark releases a new book.