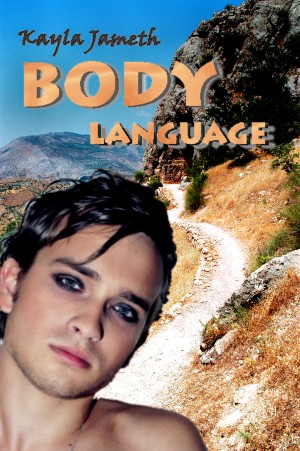 Rated 4.50/5 based on 2 reviews
Lykos, is travelling incognito through conquered Lydia with Narses, a friend of his father the king of Aenus. Hearing cries for help, they intervene, but only manage to save Kas, a young Persian man travelling with a merchant. Now his protector is dead, Kas would like nothing better than to remain with the handsome warrior, but how can he explain that to a man who speaks little but Greek? More
Travelling with Narses through conquered Lydia, Lykos hides his identity as a prince of Aenus. He intends to take the measure of the encroaching Persian Empire. But before they reach Sardis, he hears cries for help and charges into battle with mountain bandits. Unable to save the beleaguered merchant, he rescues Kas, a young Persian man.

Kayla Jameth grew up on the family farm in Ohio. An unrepentant tomboy, she baled hay and raised cattle, and her father taught her to weld before she graduated from high school.

She attended Cleveland’s Case Western Reserve University and later, Texas A&M University in her pursuit of veterinary medicine, taking her far away from her rural roots.

But it wasn’t all hard work for her, her sojourn as the princess of the Celestial Kingdom left her with the title “Sir” and a costume closet the envy of many knights, lords, and ladies.

She shares a full house with her favorite animals: a cat, two guinea pigs, a gerbil, three guppies, as well as her husband, son, and daughter.

Loved all the little details

As I beta read this for Kayla, maybe I am biased, but I love her tales set in the ancient world. She puts a lot of research into her stories to make them as true to the era as possible, but they still come across as living breathing men. Just that their concerns are different from ours.

You have subscribed to Smashwords Alerts new release notifications for Kayla Jameth.

You have been added to Kayla Jameth's favorite list.

You can also sign-up to receive email notifications whenever Kayla Jameth releases a new book.