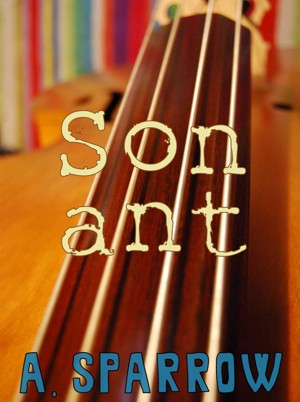 By A. Sparrow
Rated 4.00/5 based on 4 reviews
Something strange lurks in a vacuum-sealed bell jar in a wealthy eccentric's parlor, feeding on the unearthly sounds his musical mercenaries create. When suicide attempt survivor Aerie Walker passes his audition, her life takes a major turn for the weird. More
Aerie Walker should be famous or dead or both by now, just like her idol, bassist Scott LaFaro, who in 1961, at the peak of his fame, died in a fiery wreck in upstate New York.

She plays upright bass too, and plays it very well. Won awards and acclaim, but could never manage a living. When her odyssey in professional jazz ends with spoiled dreams and a failed suicide attempt in Tokyo, she retreats to Ithaca, NY where she hopes to pursue a new career in the culinary arts.

One night after work, a 'musicians wanted' posting catches her eye. She takes her bass out of storage and to a bizarre jam session in the wilds of Connecticut Hill. She ends up joining the oddest of ensembles, playing atonal, improvised music for a mysterious bell jar, but never in public. Musical alchemy, patron Aaron Levine calls it. The thing in the jar does interesting things to carbon when the right sort of dissonance sends it resonating.

This strange 'music' disturbs John and Cindy, the God-fearing couple who live next door, to the core of their souls. The hellish racket seems to draw the oddest creatures out of the forest. Cindy even thinks they might be demons. Pastor Mac, her illicit lover, agrees to intervene, cashing in a favor from an old friend who runs Last Hope Ministries, a commando deliverance outfit specializing in high tech, large caliber exorcisms.

When Aaron goes away on business, the band, pining for recognition, brings the show to town, bell jar and all. The gig proves disastrous, freeing the entity in the bell jar, wreaking havoc on the alchemist's designs and nipping Aerie's musical comeback in the bud.

I'm terribly unprofessional and self-loathing. I can't imagine why anyone here would want to know anything about me. I write mainly for my own entertainment. It's fun to chase stories. Anyone else who finds enjoyment from it is a plus.

Learn more about A. Sparrow 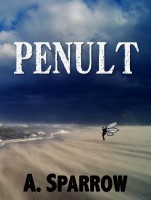 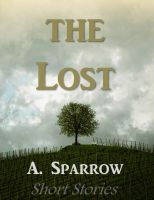 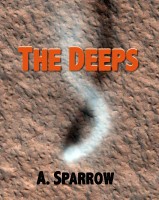 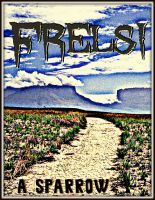 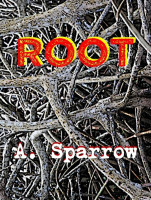 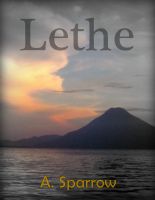 A. Sparrow is a very talented and exceptionally descriptive writer. The story maintained my interest because there are morsels of detail about everything and every chatacter scattered throughout. A little bit of Blair Witch in this tale!

This is a fascinating piece of work, neatly constructed and well written.

The central character, Aerie Walker, divides her time between a dead-end job and music-making as bassist in a band put together by the enigmatic Aaron Levine. Although they play only at Aaron's home, and never in front of an audience, he pays them well, because their wild music provides nourishment for the sonant (nicknamed the birdie) a small living dust devil which he keeps in a bell jar.

All is well until their conservative church-going neighbours, convinced that the weird sounds emanating from Aaron's house must be the music of the devil, call in a team of exorcists. The band have bigger problems than they think.

Funny and sad by turns, Sonant is well worth reading.

I have two caveats. First, it's too long: in particular, the exorcists (of whom there are too many) spend too much time getting things together. And second, the proofreading is inadequate. If these things were fixed, Sonant would deserve five stars at least.

I found the story interesting. If I had to guess the author has a problem with the christian deliverance movement. I say this in a good way as each of the major characters is involved in a sin that should have rendered them useless. This tale weaves around a musical theme and I found the descriptions of the music produced a very real thing that made me fell a real reaction to it.

The most frustration I had reading this work was the dropped words. It slowed down the story at one point almost to the point of wanting to stop trying to figure out what was meant.

I would love to see more from this author if the proof reading was better.

I needed a bit to get into it, but after a while it became a pageturner I couldn't put down (despite editing flaws).

The viewpoint characters are Aerie, a bassist joining a rather strange band, John, stay at home stepdad and neighbour of that bands usual "stage", and Donnie, the priest that ends up, at John's wife's insistence, to get rid of the demons that must be behind that horrible noise...

The book keeps the question which side is right - has Aerie been drawn into Bad things, or is the religious faction hysteric? - open for a long time, and even at the resolution doesn't reduce either to cardboard-cutouts. Thhings that I found really fun to read were the pragmatic attitudes of most of the "exorcists" to their holy-magical job, and the interaction between Aerie and her bandmates; generally there's a neat cast of secondary characters with personality in this book.

I had the feeling it let up a bit towards the end; mostly a romantic subplot I'm not sure was supposed to be absurd and funny, or taken seriously. Anyway, romance doesn't take up much of the book.

The book should have had someone else proofreading. There are missing quotation marks, comma mistakes, dropped words, or the kind of mistakes you get when you have two possible versions of a sentence in your mind and write down a combination of both. However, this wasn't so common and bad that the "I want to know what happens next!" factor didn't pull me through.
Formatting was neat for the most part; one page or so towards the end had a slightly bigger fontsize, and there was an empty page before each chapter heading.

Being not a music buff myself I have no idea if the parts of the book talking about music and instruments sound well done to someone who is familiar with the subject. Apart from the very start, I did not find them distracting or in the way of the story despite my unfamiliarity.

I'm pretty sure I'm going to re-read this, and would pick up a sequel if it happened.

You have subscribed to alerts for A. Sparrow.

You have been added to A. Sparrow's favorite list.

You can also sign-up to receive email notifications whenever A. Sparrow releases a new book.