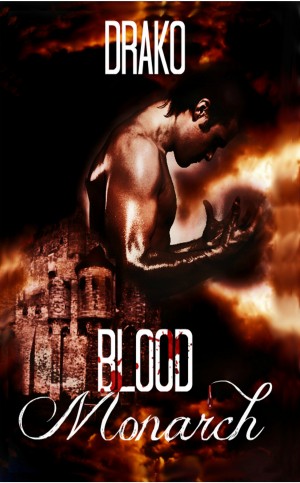 Reviews of Blood Monarch (The Dragon Hunters #6) by Drako

Welcome to my first review of 2015. And I thought I would kick off reviews with Blood Monarch, which I got to read before anyone else. I feel awesome. Moving on, we finally get a story centered around the famed and most lethal of vampires, Vlad himself. We only got a glimpse of him in the Heir of Mjolnir and the only thing I can say is that he is almost everything that he's rumored to be by other characters: a ruthless, violent incubus, though he isn't a demon. But at the same time, Vlad isn't. He's got his soft side and tender moments, which you'll get to read about.
Then there's Vax. He's come into his own a little since freeing Adonis. He's still got problems believing in himself, though. He's still got the issue of Vlad constantly flirting with him and he's good at resisting his charms. The two bantering is a nonstop form of entertainment for me throughout the book and I love what occurs when they enter the Fae's criminal underworld and what they have to go through, but it isn't all sunshine and rainbows. There's a ton of fighting, an angel war, and some near-hit tragedy that has to happen before potential and feelings can be realized, though I was pretty sure Vax was straight between Heir and this book. I wonder what allowed him to come to terms with his sexuality?
Anyway, it's a fun read and I'd recommend it.