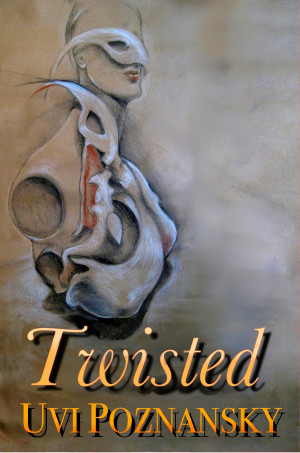 If you like to read a horror anthology in the strain of Edgar Allan Poe, or if you like to witness the battle between the devil and God, you will enjoy outwitting the devil in this book. As befitting a dark fantasy, it is a woman--or rather, her ghost--who finds a way to outwit him.
Download: epub mobi (Kindle) pdf more Online Reader
lrf pdb txt
Price: Free! USD
Add to Library
Create Widget
Tags: short stories dark fantasy horror devil and god dark fantasy ebooks anthologies of short stories
About Uvi Poznansky

Reviews of Twisted by Uvi Poznansky

Once again I had the pleasure of listening to another audible book by Uvi Poznansky. This time I enjoyed "Twisted" on CD. The one word to define Uvi would be "Wordsmith." The way she uses verses in her books are remarkable. The accounts to detail and the way she expresses to the reader or in this case the listener is works of art. My favorite again from "Twisted" was called "The one who wouldn't leave." I won't tell you what it's about, but trust me it was a good story and I enjoyed every minute of it. So, In closing I must say that I recommend this book if you want to sit back and enjoy some of her deep thoughts again and I did find some slight humor there also. I give it 5 stars and looking forward to more of her work in the future. One final note, the narrator on the audio book was terrific. I enjoyed Heather Jane Hogan doing the different voices to the character's and her voice was a pleasure to listen to

The unique way in which Poznansky writes and defines stories is certainly one to be discovered.

Twisted is no exception with the wrapping together of many elements and emotions, touching the soul.

A perspective which will challenge the reader to explore new depths in this cleverly paced read.

Nicely done to torment the senses.

I enjoyed each story of this short stories collection - Great read! Uvi Poznansky is a great writer – I like all her books This book is no different no exception ( added to my personal library)

You have subscribed to Smashwords Alerts new release notifications for Uvi Poznansky.