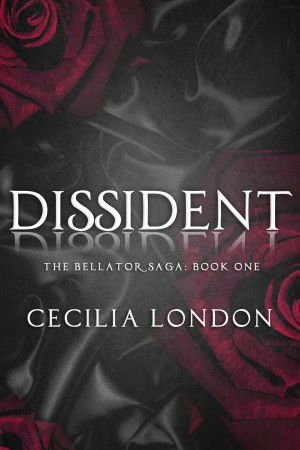 Rated 5.00/5 based on 2 reviews
Rising Democratic star Caroline Gerard is reluctant to fall in love again after losing her husband. Can Republican playboy Jack McIntyre break through her grief and capture her heart?

Told mostly in flashback and set against a chilling fascist backdrop, Dissident is a rollercoaster ride of political intrigue, passionate contemporary romance, and undying love. More
“I will always be with you…”

Rising Democratic star Caroline Gerard hasn’t had an easy year. After losing her husband, she is raising two small children alone while trying to navigate the tricky and sometimes shallow halls on Capitol Hill. A string of nasty speeches has her scrambling to apologize to any number of candidates, including newly elected Republican Jack McIntyre. Falling in love again is the last thing on her mind.

Jack McIntyre might have a reputation as a playboy, but he has his sights set solely on his new colleague. Can he break through Caroline’s grief and capture her heart?

Told mostly in flashback and set against a chilling fascist backdrop, Dissident is a rollercoaster ride of political intrigue, passionate contemporary romance, and undying love.

For readers 18+. Ends in a cliffhanger.

"I highly recommend Dissident to any reader that loves a fast-paced, intriguing work of fiction with a hefty dose of sexiness and steam, a reader who enjoys thrills and political intrigue, or anyone just looking for a highly engaging and fun read." - Readers' Favorite (2015 Silver Medal Winner for Fiction-Dystopia)

"With equal parts political thriller and captivating romance, Cecilia London has crafted a novel that's hard to put down and kept me wanting more! I'm looking forward to the next book in the series!" - Author Melissa Brown

"Every character, every exchange, the way the story is written...I loved it all! Smart, suspenseful, sexy, and exquisitely written, I dare you not to fall in love with Dissident!" - Irene, The Literary Gossip

"London has one powerful and chaotic series breaking out of the gates at full speed! At no point could I see where this would end up and I must say, the ride to the finish and balancing on the edge of this cliff hanger is well worth the ticket to ride!" - TomeTender

"I highly recommend this series. It's so well written with witty, sexy and smart characters and dialogue, and a plot that will leave you guessing and wanting more." - Suzanne, Tied Up In Romance

Cecilia London is the pen name of a native Illinoisan currently living in San Antonio, Texas. She’s filled several roles over the course of her adult life – licensed attorney, wrangler of small children, and obsessed baseball fan, among others. An extroverted introvert with a serious social media addiction, she is the author of The Bellator Saga, an epic, genre-crossing romance series. You can catch all of her quirky updates on Facebook, Twitter, and Instagram, or at her website.

When I started reading this book I know I’m in for a great ride…the beginning was already intense with Jack and Caroline running through the woods trying to cross the Canadian border. Intriguing, definitely! What on earth did Jack & Caroline did? It’s like the devil himself is running after them!

Caroline Gerard, Democratic congresswoman on the rise and then her husband got into a fatal car accident. Left with two small daughters to take care of, went into sort-of depression, with the help of friends she was able to see life into a better perspective. But not before she throws some harsh criticism to a promising congressman from the Republican Party named Jack McIntyre. Caroline regrets what she did and just waiting for an opportunity to make amends to the congressman. So, when Caroline met Jack in a party hosted by the Speaker of the House…

“I wanted to apologize for what I said about you during the campaign,” she said.

“Oh, you said many things, but the highlight was that little remark about how I was…what was it…’a millionaire playboy trying to buy his way into Congress.’”

“I shouldn’t have called you that,” she said. “It was an awful, terrible, slanderous thing to say and I deeply regret it. I thought about phoning you the next day to apologize but I figured you wouldn’t take my call.”

“I wouldn’t have taken your call then and I won’t accept your apology now. Washington’s a big town, Ms. Gerard. I think we can do our best to stay away from each other.”

Nothing to do but accept the fact that the congressman didn’t want her apology and as the night progress Jack & Caroline was able to see and talk to one another again and ironed-out whatever differences they have and beautiful friendship begun.

The prologue is the present time and flashback from how John and Caroline met. Then (back to present) Caroline confined in a hospital controlled by the government. You won’t get lost in the story for it will grip your attention from start to finish that’s how well written it was. I like Caroline, the heroine, who isn’t afraid to tell whatever in her mind, be it her political views or in bedroom with John, no wonder the congressman was smitten by this woman. You will definitely fall in love with Jack, the epitome of a dream man who is intelligent, passionate, a dirty-talker in bed, funny and above all, sexy.

Cecilia London was able to write a book that is suspenseful, gripping, enthralling, romantic, sexy and witty dialogue. Scene between Jack & Caroline, let me tell you it’s scorching hot!!!

Another new author I’m ready to stalk. Time well spent reading this book 1 of The Bellator Saga and can’t wait to start book 2 – Conscience since this book ends on a cliffhanger.

I was gifted this book by the author in exchange for an honest review. The first thing I will say is that I would have paid triple+ the price listed for this book. Cecilia London has an incredible writing style and this story is amazing. I was grabbed by the heart with the prologue and my involvement with the main characters just got deeper from there. I found the story to be very intriguing, a little suspense mixed in with some political background. I began to understand that the general premise of this book might not be a far fetched story but rather a glimpse into the current state of our government. I don't like to give away much in any of my reviews so I will try to give you something without ruining the story. You will meet Caroline and Jack along with some surrounding friends and relatives. The story is told in a series of memories, some around 5 years ago and some current. Sprinkled in with the memories are glimpses into the current day events surrounding the main characters. I loved the intelligent, well educated characters who can banter back and forth in amazing fashion. There are some very well written sex scenes in this book. I am usually an erotica reader, so the sex scenes were a different take for me, but they fit this part of the story perfectly. These sex scenes are not crude, use intelligent language and are not overdone. It's been a very long time since I read a book that I would lay down on my desk, only to pick it back up a few minutes later and say "just one more chapter"! I literally could not put this one down. There is a cliff hanger at the end, but not an angst filled cliff hanger, just a good place to stop the story for now. I am anxiously awaiting part 2 of Caroline and Jacks story.

You have subscribed to alerts for Cecilia London.

You have been added to Cecilia London's favorite list.

You can also sign-up to receive email notifications whenever Cecilia London releases a new book.