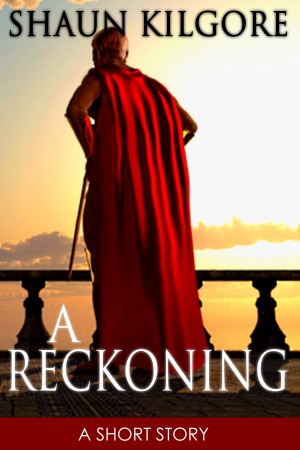 Marked for death, Kathius remains vigilant. When convinced to attend a play in one of Paradesh's theaters by his sister, Kathius is caught by surprise when the city is attacked. The senator flees, knowing that the death of the city's leaders could end the republic. The city is set ablaze. Kathius' worst fear comes to pass: forces loyal to the banished emperor have started a war.
Available ebook formats: epub mobi
First 20% Sample: epub mobi (Kindle)
Price: $2.99 USD
Buy Add to Library Give as a Gift
How gifting works
Create Widget
Tags: fantasy war empire rebellion republic
About Shaun Kilgore

SHAUN KILGORE is the author of various works of fantasy, science fiction, and a number of nonfiction works. His books appear in both print and ebook editions. He has also published numerous short stories and collections. Shaun lives in eastern Illinois with his family. Visit www.shaunkilgore.com for more information.

You have subscribed to alerts for Shaun Kilgore.

You have been added to Shaun Kilgore's favorite list.

You can also sign-up to receive email notifications whenever Shaun Kilgore releases a new book.