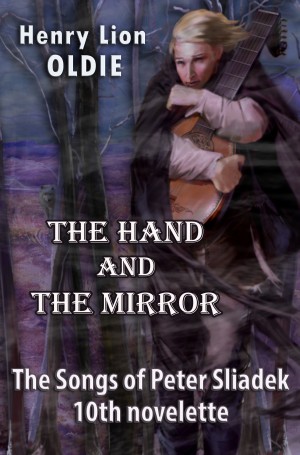 The Hand and The Mirror

The Songs of Peter Sliadek
ravelling over many roads goes Peter Sliadek, wandering minstrel. Time after time he listens to the confessions of the people he meets: a highway robber,a monk and a judge whirl about as opposite poles of a single duality, a genie appoints himself the angelic conscience of a duplicitous merchant, and finally, death himself offers Peter a chance to play in the Last Game.

Reviews of The Hand and The Mirror by Henry Lion Oldie