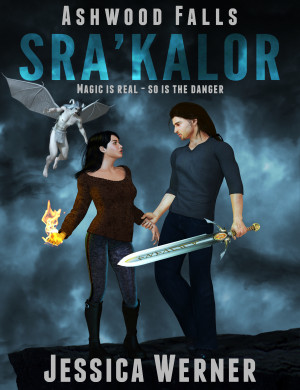 Rated 4.00/5 based on 1 review
Alana is 18 years old, and was just kicked out of her home. Why? Because her uncontrollable magic stirs fear in those around her. Leandrus woke up in a summoning circle, but no summoner to be seen. All he knows is that Tyler's soul is still in this body, and this 'one' will destroy him. And he feels she is close. Will they overcome their struggles? And what does the incubus Dracon want from Alana? More
Feared by the citizens of her birth town and her family, Alana spends her 18th birthday in a way she did not expect: put on a bus to a town called Ashwood Falls, after being told by her parents to never return. Soon after arrival, she learns that she has something in common with the denizens of her new home: Magic. Unable to control her powers, she seeks help in The Circle, a group formed by magic users. She begins her journey in a strange world unknown to her, completely unaware of the dangers.

Leandrus, a powerful demon, had been summoned before. But this time it was different. His powers, and the summoner, were nowhere to be found. The demon makes his way into the foreign town on his own. The problem? The soul of his human host had not been banished and keeps making his life difficult. As if that was not enough, he can sense that his 'One' is near. As he finds Alana - sweet, innocent and inexperienced - he cannot believe that an old prophecy has chosen her to destroy him. To avoid his own destruction, he has to eliminate her first.

Will he be able to ignore his heart and kill Alana? Or will he rather kill the danger threatening her, before it is too late? And how will Alana handle the vast changes to her life? Will she learn to control her powers or will she endanger everyone?
Available ebook formats: epub mobi pdf lrf pdb html
First 20% Sample: epub mobi (Kindle) lrf more Online Reader
pdb
Price: $2.99 USD
Buy Add to Library Give as a Gift
How gifting works
Create Widget
Tags: love paranormal magic demons mythical creatures
About Jessica Werner

Jessica Werner has been writing for the longest part of her life. Starting with teenage poetry, short stories and basic songs, she later began to write children stories and multi-author fan-fiction with friends. This is her first attempt to write a full novel-series, in addition to writing a solo project completely in English.
Jessica lives in Germany with the love of her life, Michael, and spends most of her time in one of various creative activities, reading or geeking out over her favourite shows, virtual worlds or games. 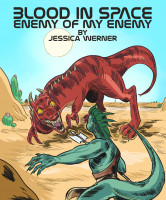 I am not a big supernatural fantasy fan, but I have to say that I was very pleasantly surprised in what I found in those pages. A good friend of mine asked me to read her book and it turned out to be a great suggestion! Jessica Werner's Sra'Kralor, the first book in the Ashwood Falls series is a very interesting take on the supernatural creatures living in our world theme. It follows the story of Alana who has a mysterious ability that her family cannot deal with and when she turns eighteen, she is placed on a bus and sent to the nearby city of Ashwood Falls. If she thought her life could not get stranger, she would be in for a big surprise.

Jessica Werner has a very short way of saying things, but packs a lot of meaning in each word she chooses. Though English is not her first language, you can tell that Jessica is doing her best to capture her world in a foreign language. At times you can tell, but not enough to take away from the story. It is an adventure that any supernatural romance reader would love to add to their read lists and one you should not miss out on.

For those who have read the first release, I highly suggest giving the book a second try as it has become a great piece of writing!

You have subscribed to alerts for Jessica Werner.

You have been added to Jessica Werner's favorite list.

You can also sign-up to receive email notifications whenever Jessica Werner releases a new book.