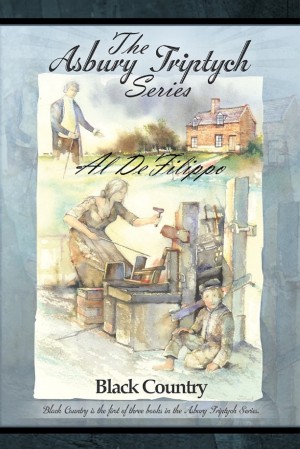 About the Author
Al DeFilippo is a Writer’s Digest award-winning writer with a passion for writing the history of America’s founding generation, told through stories of individuals who exhibit a “fish-out-of-water” characteristic. He has always drawn to stories like the novel, Chesapeake by James Michener, movies like the Patriot and Silverado, and television series like Bonanza. However, he has never read or viewed a story where the American hero is a British citizen. At least until he met Francis Asbury.
The tone of the story which Al DeFilippo created about Francis Asbury, The Asbury Triptych Series, is like combining the television series, Bonanza, with the movie, Amazing Grace, truly a two-continent, 18th-century story where the hero wanders about, witnessing the transformation of a continent from thirteen fledgling colonies into a burgeoning nation. All this while never becoming a citizen of this new country called America. Francis Asbury's efforts contribute much to the enhancement of what is early America.
Al’s involvement with the story of Francis Asbury started in 1996, when he was approached by an associate pastor at the Methodist church he attended with his wife and children. The Reverend David Broadbent asked Al if he knew what a circuit-riding preacher was. Growing up Catholic, Al had no idea what David was talking about. What was a circuit rider and what did he do? When Reverend Broadbent told Al he reminded him of a circuit rider, it naturally piqued his interest.
Drawn to the friendship of Francis Asbury and Harry Hosier, Al knew he had to write a story of this unique pair—a young, inexperienced British pastor away from his homeland and an ex-slave—traveling the thirteen colonies during the Revolutionary War between the American colonies and the British Empire.
Al’s first attempt to write this “fish-out-of-water” story was in the form of thirty, four-minute radio episodes. Eventually, Al wrote several versions of a two-hour film screenplay, one of which received an award from Writer’s Digest. Al has also created a treatment of the story of Francis Asbury and Harry Hosier in the form of a twelve-hour television miniseries. In 1998, a national sports figure was interested in producing Al’s take on Francis Asbury and Harry Hosier as a weekly one-hour television drama. For more on the sports figure and the television series, see the author’s bio page on The Asbury Triptych Series website at www.francisasburytriptych.com.
Al and his lovely wife of thirty years, Kim, live in southern Florida with their two daughters and a Wheaten Terrier named Riley Flynn. He enjoys the British television show, Top Gear. He also enjoys playing the drums and African percussion, when time permits.

The Asbury Triptych
On the verge of the American Revolutionary War between the Colonies and the British Empire, a young, inexperienced pastor from England sets out to forge a church in America. The unorthodox minister who preaches in taverns and at hangings attempts to succeed with a traveling ministry made up of an African sidekick who can’t read and uneducated frontiersmen clothed in buckskin.

About the Series: The Asbury Triptych 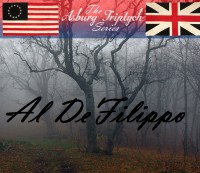 The Asbury Triptych Series is a trilogy about Francis Asbury, the British circuit-riding preacher who is the George Washington of American Christianity. The three-book novel sets in 18th-century England and America. The opening book, Black Country, delivers what many of Francis Asbury’s biographers have left out for nearly two centuries, his first twenty-six years in the west Midlands of England and his first six years as a preacher traveling the English countryside. The second book, Beggar Bishop, brings to life the challenging trials and near-death experiences of the young preacher from the iron-working industry as he attempts to forge a church in an American wilderness embroiled in the Revolutionary War with his country of birth. In the climactic third book, Ordination, Francis Asbury continues to struggle with the colonial residents at war with England; he also wrestles with saving all he has labored for from destruction by a dissentious rebel. To Francis Asbury and others, his success or failure as an individual rides on the outcome of this conflict.

You have subscribed to alerts for Al DeFilippo.

You have been added to Al DeFilippo's favorite list.

You can also sign-up to receive email notifications whenever Al DeFilippo releases a new book.