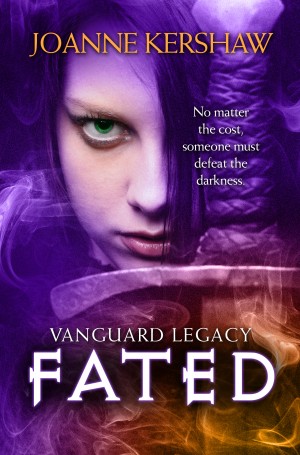 The barriers between worlds continues to weaken, Dark Seekers are emboldened, and David still plans to engulf humanity in eternal night. Elora means to end the threat once and for all but dreads the personal consequences. Will saving the world demand the ultimate sacrifice? And who must pay it?

About the Series: Vanguard Legacy

“Elora, for millennia the Spirits have protected the Ignari by shrouding the great evils of this world in myth and legend. They gave them protectors hidden from their sight: Vanguards, Spirit Seekers, Magicae, and vampires who embrace the light. We Divergents hold back the darkness, no matter the cost.

“Like the Spirits, I fought to protect you from truths certain to overwhelm you in your youth. You were only a child. I meant to spare you what I could. Any mother would act the same. But now, already sixteen, the truth bursts upon you as you burst upon the world. You are ready. You are Light. You are strong. You are a Vanguard and this is your legacy. You will prevail.”

(This series by Joanne Kershaw includes Foretold, Reflected, and Fated.)

You have subscribed to alerts for Joanne Kershaw.

You have been added to Joanne Kershaw's favorite list.

You can also sign-up to receive email notifications whenever Joanne Kershaw releases a new book.