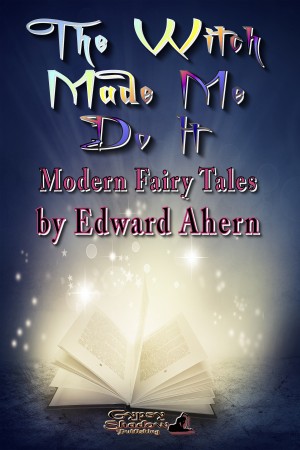 The Witch Made Me Do It

By Edward Ahern
The wonder of fairy tales for children set in today's world, along with a few retold folk tales. More
An improbable genii, a color-shifting cloak, a helpful skunk-some of the things in this shimmering collection of wonder tales for children. These fairy tales are set in today's world, in places where the young readers and listeners already live. Literally a labor of love, this collection was first written for the author's grandchildren who star in most of them. The tales are waiting for you to read them aloud to your children and grandchildren.

Edward Ahern resumed writing after forty odd years in foreign intelligence and international sales. During that time he lived in Germany, Japan and England, learned French, German and Japanese, and visited seventy-six countries. He has his original wife, but advises that after forty six years they are both out of warranty. Edward has had over fifty stories published thus far. He dissipates his free time fly fishing and shooting.

You have subscribed to alerts for Edward Ahern.

You have been added to Edward Ahern's favorite list.

You can also sign-up to receive email notifications whenever Edward Ahern releases a new book.