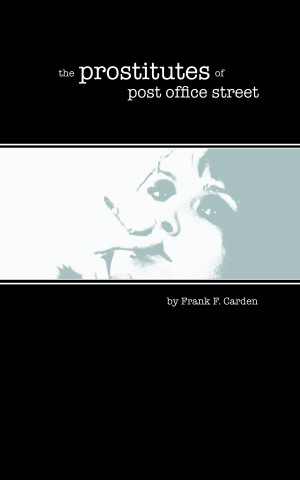 By Frank F. Carden
The Prostitutes of Post Office Street drops readers into the red-light district of Galveston, where crooked cops and down-on-their-luck prostitutes dwell. Yet, in this seedy part of town, Frank F. Carden paints a picture of hope as his characters seek to rise above the pain of their broken hearts and misplaced passions, and break free from the ruts that their lives have fallen into.
Available ebook formats: epub mobi pdf lrf pdb txt html
First 30% Sample: epub mobi (Kindle) lrf more Online Reader
pdb
Price: $3.99 USD
Buy Add to Library Give as a Gift
How gifting works
Create Widget
Tags: fiction historical fiction galveston prostitutes
About Frank F. Carden

As a youth, Frank F. Carden, spent time on a three-windmill ranch in west Texas and in the oil fields. A farm worker, he picked cotton, peas, and housed tobacco in Kentucky. He worked on a shrimper and a tug in the Gulf and worked a job in Galveston. Carden spent three years overseas in the submarine service. He received a PhD from Oklahoma State and taught courses at New Mexico State University.

Since 2002, ten of his short stories, have appeared in the Serape, an anthology of New Mexico Authors, Writers Without Borders, Las Cruces Poets and Writers Magazine, Good Old Days, Sulphur River Literary Review, and Rambler. One of his short stories won the 2004 South West Writer's contest. He has also published two textbooks for Artech House.

Reviews of The Prostitutes of Post Office Street by Frank F. Carden

You have subscribed to alerts for Frank F. Carden.

You have been added to Frank F. Carden's favorite list.

You can also sign-up to receive email notifications whenever Frank F. Carden releases a new book.