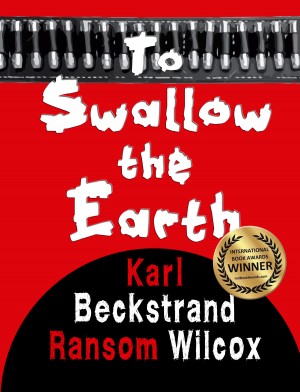 To Swallow the Earth: A Western Thriller

By Ransom Wilcox
& Karl Beckstrand
Winner: 2016 International Book Award & Laramie finalist (Survival/suspense, YA western) A tough young woman and a Latino drifter both search for missing family in a Nevada silver rush land scheme that leaves each unsure who to trust—and scrambling to stay alive (clean, ages 14+). Paperback/ebook/audiobook, includes short story. 54,000 words, 200 pages More
• 2016 International Book Award
• Literary Classics Seal of Approval
• 2016 Laramie Award Finalist
What if you returned from a journey and your family was gone? What if someone else was living in your home, running what you used to manage—and trying to kill you? You’ll love this story for the genuine conflict (and mistakes) a person lives with when they don’t have all the facts.

Wade Forester must stay in the shadows or be shot. His father has disappeared, and his sister won’t speak. Beautiful Patricia Laughlin is running the show. Few people gain her approval, though powerful landowner Bridger Calhoun has high hopes. Each in his/her corner; Wade must decide whether to risk his life for Patricia, Bridger must win Patricia’s heart, and Patricia must choose which killer to trust with her life.

Survival/suspense set in the historic Nevada silver rush; the writing comes from intimate knowledge of the territory. Having lived off the land, Wilcox depended on his wit, grit, and strength (and his animals) for survival, just as his characters do. Wilcox and Beckstrand weave authentic detail and care for the country and its creatures into an adventure that will make your heart pound and fill your lungs with the rarefied air of the old Sierra Nevada Mountains.

Ransom “Doc” Wilcox was born in Taber, Alberta, Canada, in 1907 to David Adrian and Agnes Southworth Wilcox. He was the sixth of seven children. Because Rance was sickly, it was suggested that the family move to California. The family was part of a group of Latter-day Saints (Mormons) that bought land in Vina, north of Chico in 1907. Financial hardship forced the family to move often in search of work: Vacaville, Pope Valley, Gridley, Ukiah, Redwood Valley, Sebastopol, and Oakland. They farmed and tended livestock: sheep, cattle, horses, pigs, turkeys, and hens. They cured ham in a smoke house and did a lot of hunting and fishing in the Sierra Nevada Mountains. Once, to escape a charging boar, Wilcox stuck a pole he was carrying in the ground and climbed up!
One season the family lived in a tent while the men worked cutting hay. At harvest time everyone picked apples. Another year, Wilcox joined his father and brothers in Arizona, building a school on an American Indian reservation. Many elements of Wilcox’s stories come from his early experiences.
In 1935 Wilcox married and began studying to be a chiropractor. But the Great Depression put his studies on hold. He tried several enterprises to support his family—most failed. So did the marriage.
In 1943 he enlisted in the army. Because of his hunting background they had him train soldiers in gunnery and target practice. Just before his unit was to go overseas, Wilcox got the flu. He missed the boat—literally—so was honorably discharged.
Between more failed marriages, Wilcox completed his studies and opened a chiropractic practice just off Union Square in San Francisco. He took his kids to see Coit Tower, Fisherman’s Wharf, Seal Rock, Smugglers’ Cove, the Presidio, Fleishhacker Zoo, and football games at Kezar Stadium. Later he moved to Hayward and opened a practice on B Street.
Wilcox’s friends called him Ray (for R.A.) or Doc. Besides writing, Wilcox enjoyed singing and was an excellent dancer. He was good with his hands. He loved to walk in the great outdoors. Near the end of his life, he joked about leaving his body to science; “I’m sure they can use my brain. It’s in perfect condition—never been used.” In a letter to his daughter, he wrote “In my heart I have no hatred or dislike for anyone. In my career I have eased many a person’s pain and suffering.” Wilcox died of cancer in 1992 and is buried in Ukiah, CA. His short stories and poems are published under the title, Horse & Dog Adventures in Early California.

Author interview To Swallow the Earth
Winner: 2016 International Book Award & Laramie finalist (Survival/Western suspense) A tough young woman and a Latino man raised by American Indians are each searching for missing family in a Nevada silver rush scheme that leaves each unsure who to trust—and scrambling to stay alive (clean, ages 14+). 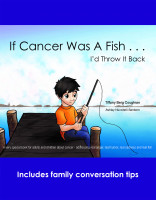 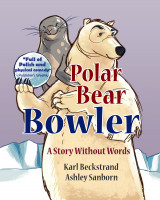 Reviews of To Swallow the Earth: A Western Thriller by Ransom Wilcox & Karl Beckstrand

You have subscribed to alerts for Ransom Wilcox.

You have been added to Ransom Wilcox's favorite list.

You can also sign-up to receive email notifications whenever Ransom Wilcox releases a new book.