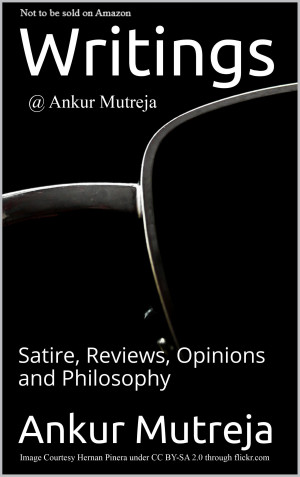 Ankur Mutreja published his first book in the year 2015 entitled "Writings @ Ankur Mutreja" as a non-professional endeavour mainly comprising short essays. Soon he realized the book needed to be drawn into easily presentable forms for the less involved audience; so, he derived three more books from the same entitled "Sparks", "Flare", and "Light". These were his introduction to the world as a writer/essayist. But, of course, a writer is a thinker first, and a good thinker doesn't think in genres. Ankur Mutreja has not set up any countours to his writings. He just thinks and expresses. So, he pens poems while wriitng travelogues, as in "Kerala Hugged"; incorporates fiction in essays, as in "Claims on Privacy"; and amalgamate satire, critique, and philosophy, as in "Anti-National Humanist". But that shouldn't stop him from writing poetry and prose. So, do enjoy his book of poems entitled "Nine Poems" and the fairy tale of his love with nature in the travelogue-cum-romcom entitled "Annapurna Circuit Trek".

You have subscribed to alerts for Ankur Mutreja.

You have been added to Ankur Mutreja's favorite list.

You can also sign-up to receive email notifications whenever Ankur Mutreja releases a new book.