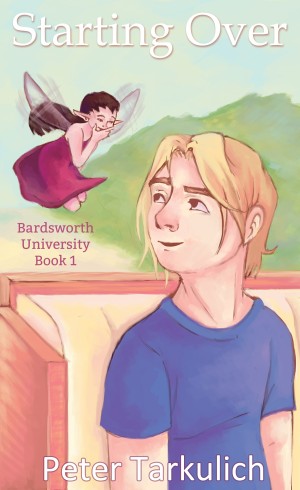 By Peter Tarkulich
Rated 4.50/5 based on 2 reviews
High school nobody Mike Cosley is stumped about what to do with his future - until he discovers a door at the back of his closet that leads into another world. Follow Mike into a world of wizards, demons, fairies, and bards. Based on the long-running webcomic "Bardsworth". More
It took four years, but Mike Cosley finally managed to get through the nightmare of high school. But then he was faced with the decision of what to do with the rest of his life. Lucky for him, the answer was at the back of his closet.

Stepping through a mysterious doorway, Mike finds himself in the midst of a wizard, a demon, and all sorts of wondrous things - including a school that teaches magic. Through the help of the professor Fitzpot Fizzlebottom, Mike enrolls in the Wizardly Studies program and sets off to begin his new life in a strange world.

Meanwhile, a mysterious figure has set his sights on Mike...

Based on the long-running webcomic "Bardsworth".

Peter Tarkulich is the author behind the fantasy noir series "Mystery, Murder, and Magic", as well as the epic fantasy series "The Godblood Chronicles". Among his other ventures, Peter has been writing (and drawing) the webcomic Bardsworth since 2005.

Peter lives in upstate New York with his wife, son, and two cats. In addition to writing and drawing he also loves cooking, home brewing beer, watching movies and cartoons, and generally living life to its fullest. His goal is to be as successful a Renaissance man as he can be.

About the Series: Bardsworth University

Follow Mike Cosley, a young man from our world who happens upon a door in the back of his closet that leads to another world, as he struggles through college at Bardsworth University in his wizardly studies classes. 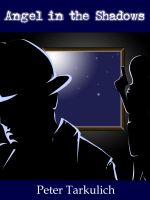 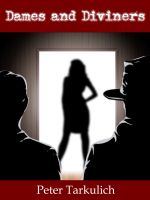 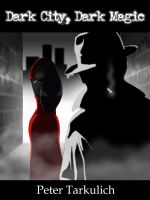 Enjoyed the webcomic, loved the book. Mr. Tarkulich's sense of humour shines through better in the writing and I literally laughed out loud at multiple points. I eagerly await future releases.

(reviewed 10 days after purchase)
ericpjohnson reviewed on July 18, 2015
(no rating)
As a fan of the webcomic, I enjoyed revisiting the story in prose form. The characters are fun and the story is an easy read. I look forward to further installments.

A nice start to a fun series. My only qualm is that the book is rather short and leaves on an odd point in the story. Can't wait for more.

You have subscribed to alerts for Peter Tarkulich.

You have been added to Peter Tarkulich's favorite list.

You can also sign-up to receive email notifications whenever Peter Tarkulich releases a new book.