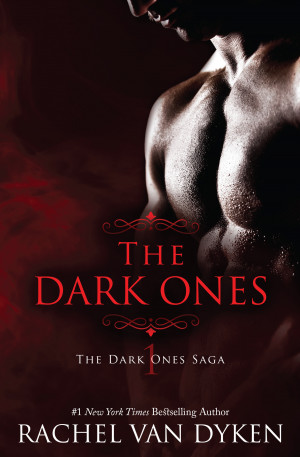 By Rachel Van Dyken
Rated 4.00/5 based on 1 review
To touch a Dark One is death.
To talk to an immortal is suicide.
Yet, I've been marked by both.
A Vampire.
And the King of the immortals.
My life is no longer my own.
And now I know the truth, my life was never mine to begin with.
It was theirs.
It's always been theirs.
Available ebook formats: epub mobi pdf lrf pdb txt html
Price: $4.99 USD
Buy Add to Library Give as a Gift
How gifting works
Create Widget
Tags: paranormal romance fantasy romance vampire romance romantic thriller mature young adult new adult paranormal
About Rachel Van Dyken

Rachel Van Dyken is the New York Times, Wall Street Journal, and USA Today Bestselling author of regency and contemporary romances. When she's not writing you can find her drinking coffee at Starbucks and plotting her next book while watching The Bachelor.
She keeps her home in Idaho with her Husband and their snoring Boxer, Sir Winston Churchill. She loves to hear from readers! You can follow her writing journey at www.rachelvandykenauthor.com

About the Series: The Dark Ones Saga

Paranormal romance about Vampires and Dark Ones, set in modern day Seattle.
Sexy.
Sensual.
Each book is a stand alone.

Also in Series: The Dark Ones Saga

Reviews of The Dark Ones by Rachel Van Dyken

I started this when I went to bed one night, thinking I would just have a taste. Then, I looked over at the clock, and two hours had passed without me noticing. If you like supernatural attraction which cannot be denied, this is probably a book for you.

The elders are a group of leaders of the main species: vampire, werewolf, siren and Dark One. There's a sexy fantasy man for everyone (most likely you'll want them all). Genesis is a human girl who has been summoned to the council. She thinks she knows, but she has no idea of the world she's entered. Her arrival has been prophesied.

I really like how these leaders are like brothers instead of being pitted against one another. Many times in stories they're natural enemies. There are bad guys and antagonist, but it isn't quite what you would normally expect.

Reading The Dark Ones was a blast. I will continue with the rest of the series.

You have subscribed to alerts for Rachel Van Dyken.

You have been added to Rachel Van Dyken's favorite list.

You can also sign-up to receive email notifications whenever Rachel Van Dyken releases a new book.