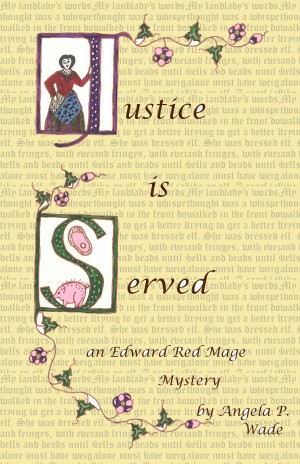 I've been a storyteller as long as I can remember. When I was small, I told stories to my sisters and brother. At age eleven, I was playing hooky from Sunday School to make up outer-space soap-operas in the woods behind church. Once I got to college, I started writing something I affectionately refer to as "fanfic on crack," a pastiche of "what if's" containing characters from pretty much everything nerdy. I graduated from Duke University in 1990 with a B.A. in English and a no-better-than-C average, because I was spending more time writing stories than studying. I also had enough geek street-cred to get a professional gig writing short stories for the Star Wars Adventure Journal until the magazine folded in the late '90's.
By that time, though, I'd gotten tired of playing in the big kids' driveway, as it were, and having my favorite stories run over by their "official" plots. I realized that "hard" science fiction was about as far from my brain as stories could get. What I liked about sci-fi was the "reality is optional" nature of the stories, and that the characters were involved in lofty quests--or at least pursuits more lofty than raking in cash through questionable means on Wall Street (Yes, I survived the '80's).
I'd been raised on the classics of fantasy by my closet-geek mother, who treated a Tolkien calendar like it was an illuminated scripture. I'd joined the SCA my freshman year in college, and was spending up to a week at a time without modern technology (sometimes without running water or indoor toilets). So around 1995, I filed the serial numbers off one of my fanfics, changed the names to protect the guilty, and wrote my first "original" Medieval fantasy novel.
It currently resides in the Drawer of Shame awaiting a complete overhaul. It was pretty much what you'd expect from a first novel: rambling, derivative, full of clichés and half-developed characters. But it had some ideas of merit, most notably the beginnings of the world that Edward Red Mage would come to inhabit . . . .
The corpse came first. My father actually suggested the girl dead of unknown causes floating in the bay. She came to be known as Alysoun Tanner in my first mystery, Cloak of Obscurity. I built a case around her, and created a wizard detective to solve it. The first draft of the first story originally fizzled out after a few chapters, until I showed them to Marina Lemar, who wanted to see more. I spent some time writing short stories involving Edward, trying to get an idea of who he was, and where he'd come from, and then went back to complete Cloak of Obscurity. I printed it myself in 2002, and sold copies at SCA events, where I was often encouraged to write a sequel. With the advent of digital publishing (and after much tinkering in Leona Wisoker's writer's group), I made Cloak available as an ebook.
Edward started out a lot shorter in my mind than he ended up on the page. He was also originally a lot less rowdy. He literally grew on me to become the six foot, five inch, two-hundred-plus pound, drunken force of nature that appears in these stories. He really can be rather too much fun to write, since his dubious life choices frequently lead to plot twists. Currently, I have two more mysteries in the Red Mage series in draft form, and a fifth about two-thirds written, so I think Eddie is going to be around for a while. 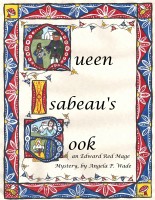 A good, quick read. The "mystery" isn't too deep, but there are some misdirections and complications to keep the story interesting.

You have subscribed to alerts for Angela P. Wade.

You have been added to Angela P. Wade's favorite list.

You can also sign-up to receive email notifications whenever Angela P. Wade releases a new book.