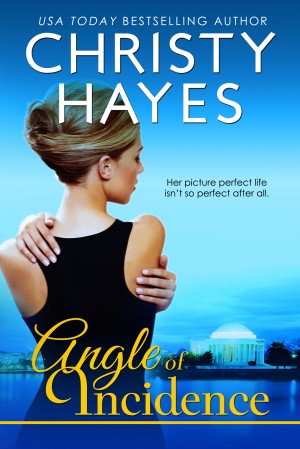 Rated 5.00/5 based on 1 reviews
Pregnant photographer Gwen Perry has the picture perfect life before fate intervenes and she's left childless and feeling betrayed by her husband, Rob. When her friend invites her to join him at the artists' retreat he's leading, Gwen agrees to go despite the consequences to her marriage. But Rob's not the only one keeping secrets and her trip could burn the bridge leading her back home. More
Gwen Perry has the picture perfect life. Her Washington D.C. based photography business is booming, her husband’s law career is lucrative, and after years of trying, they’re only months away from the birth of their first child.

While a nasty turn of fate leaves Gwen devastated, angry, and on the verge of depression, her husband Rob walks a dangerous tight rope. He’s hiding something from Gwen that could destroy their marriage. But even the deepest secrets won’t stay buried forever.

When Rob’s past is revealed, Gwen agrees to join her college friend at the artists’ retreat he’s leading in Colorado despite the consequences to her marriage. But Rob’s not the only one keeping secrets from the past and her trip down memory lane could burn the bridge leading her back home.

Christy Hayes writes romance and women's fiction. She lives outside Atlanta, Georgia, with her husband, two children, and two dogs.

1) Character Development: The characters in this book were fantastic! They were believable, relatable, and I was able to easily connect and sympathize with each of them. The two main characters are Gwen and Rob; they start out as a happily married couple, but after a devastating miscarriage and Rob's shocking revelation their dream life is left in shambles. I felt so bad for Gwen. It's one thing to have a miscarriage after so many years of trying (and so late in the pregnancy too), but to be blindsided by a huge secret her husband had been keeping would be too much for anyone to deal with. She reacted exactly how I would assume someone would in that situation; she pretty much shuts down completely, mourning the son she'll never hold in her arms and slowly letting her marriage crumble. Even though Rob did a horrible thing by keeping the secret from Gwen, he had no idea it would reveal itself at the worst possible time when they already had so much to deal with. I felt bad for him too, because he didn't mean to hurt her and it's obvious how much he adored her and valued their marriage. When the story starts out, the narration is in 3rd person and switches back and forth between Gwen and Rob. Later on we also get a glimpse at another married couple, Deanna and Vincent, and their teenage son Brandon. I can't go into any detail about them, but let's just say they play a fairly big part in the story. There's also Justin Rappaport who was Gwen's close friend in college. It's obvious he has feelings for Gwen and sees her failing marriage as an opportunity to make his more. I thought it was really slimy of him to try to take advantage of the situation when Gwen had already been through so much.

2) The Good, The Bad, And The Ugly: The Good - I loved the characters, I enjoyed the story line, and the book was extremely well written. The author certainly has a way with words and I had trouble putting this book down; it just flowed really nicely and had me flying through the pages to find out what happened next. The Bad - Honestly, I can't really think of anything bad to say about this book. It definitely exceeded my expectations! The Ugly - Absolutely nothing to say here, except that I'm really going to miss these characters!

3) Romance Sizzle Or Fizzle: Ok, so this isn't really appropriate for this book, since Gwen and Rob are wondering the entire time if they will be able to salvage their marriage. I will say this though, even with all they were going through, it was obvious that they loved each other very much and if there was a way to make things right between them again they would find it.

4) Uniqueness Of Plot: I wouldn't say the plot was especially unique; I know all of these issues have been in novels before. It didn't detract from my love for the book though because it was so well written. I already had the secrets and mysteries figured out early on, so there weren't a whole lot of shockers for me while reading; it didn't make me want to stop reading though and I really loved the ending.

5) Final Thoughts: Overall this book was a really fantastic read, full of heartbreak, secrets, and it shows that love has the power to heal.

You have subscribed to alerts for Christy Hayes.

You have been added to Christy Hayes's favorite list.

You can also sign-up to receive email notifications whenever Christy Hayes releases a new book.