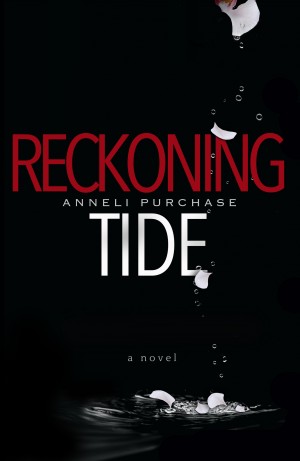 By Anneli Purchase
Rated 4.00/5 based on 1 review
Andrea has escaped her abusive husband, Robert. Or has she? Robert is an expert stalker, keeping her off balance with surprise appearances. His harassment leaves her terrorized and anxious. Love and hate are all the same to him. Andrea is living an increasingly desperate nightmare. Can she free herself from Robert’s unrelenting pursuit before he does her serious harm? More
In Reckoning Tide, the stand-alone sequel to The Wind Weeps, Andrea has escaped from the isolated cabin on the coast of British Columbia where her husband has abused her for the past year. With the man she should have married, Andrea strives for a normal life, but her ex-husband refuses to live without her. He terrorizes her relentlessly. Prey to his stalking, Andrea must find a way to end her nightmare.
Available ebook formats: epub mobi pdf rtf lrf pdb txt html
First 15% Sample: epub mobi (Kindle) lrf more Online Reader
pdb
Price: $0.99 USD
Buy Add to Library Give as a Gift
How gifting works
Create Widget
Tags: crime stalker boating coastal british columbia pursued wilderness survival fishing adventure marine adventure boat adventure unstable mind
About Anneli Purchase

Anneli Purchase lives on Vancouver Island where she works as an author and a freelance copy-editor. Her articles on coastal life have appeared in Canadian and UK magazines. She has published five novels (The Wind Weeps and its sequel Reckoning Tide, Orion's Gift, Julia's Violinist, and Marlie).

After I read this book I can say that one of the situations that women fear is becoming involved with a mean, controlling, abusive psychopath. The literature tells us that these men can be so handsome and so convincing until they have seduced their victim and then the behavior reverses and life becomes a nightmare for the female .

In her first book, The Wind Weeps author Anneli Purchase tells of how a nice, young woman, Andrea, falls under the spell of such a man. Robert is so abusive that Andrea is forced to flee their cabin home for her dear life.

Now, the sequel carries Andrea’s life onward as she goes back to the love of her life, Jim. Unfortunately Robert will just not give up his grip on her. The result is an engaging story of how he tries in so many ways, most of them not very nice, to get her back.

This is not a long book and is hard to put down. I found that there was perhaps too much dialogue for my taste but the plot itself kept me glued to the Kobo screen.

I enjoyed the journey this thriller took through the Pacific coast , back to places that are very familiar and bringing back many memories. Thanks Anneli from Mary Newcombe.

(reviewed 14 days after purchase)
LorneMary reviewed on Aug. 3, 2015
(no rating)
Crazy. Zany. Madcap. Wow. Don’t we all know someone like that? Such an oddball character, but so much fun. Sure. Then there are those who are insanely crazy, dangerously crazy, paranoid and psychopathically disturbed. We avoid those people as much as we possibly can, don’t we? Let’s take a look at that situation from a new book by author Anneli Purchase. This story brings back one of her first characters, Andrea from The Wind Weeps.
To recap, Andrea is a naïve young woman from Ontario who ends up at Lund, a small community north of Vancouver. She is all taken with the free lifestyle, the ocean, the boats and the fishermen. One of those men, Jim, is a nice guy but Andrea meets and marries a dubious fellow named Robert. Off they go salmon troll fishing up in the Queen Charlotte Islands, then come back south to a cabin on a small island fairly close to Lund. Along the way Andrea is severely abused by this Robert character who demands complete obedience and beats on her whenever he feels she is not doing his bidding. Eventually he tries to burn down the cabin with her inside. She flees along the beach until picked up and taken to the hospital in Powell River.
Our new story begins there. She awakes to find Jim at her bedside. He looks after her, they are totally in love and so on. The story takes on a “ girl meets boy, girl loses boy, girl gets boy back”.
Not so fast. One might think that Andrea, and to a lesser extent, that nice fellow Jim are the heart of the story but you would be wrong. It is Robert, the rogue, who is calling the shots. He is determined to get Andrea back into his clutches, and his bed, and will stoop to nothing in his quest. That dark side to the story is what gives the book its bite and sets it apart from the usual romantic tale. Robert is relentless in his schemes to separate Andrea and Jim and is frightening in his intensity. A reader will marvel at the ways that Purchase has put such acts into this one character.
One other facet sets this book apart. Anneli and her husband, Gary, have traveled the BC coast from Comox to the Charlottes (now Haida Gwaii). She takes the reader along to secluded anchorages and small villages seldom seen by those who have not had the pleasure of seeing the Inside Passage, or been frightened by what can happen when one is on the sea. This reviewer has been in those places and can attest to the accuracy at which they are shared.
Will Robert split up Andrea and Jim, and take her back to be abused and beaten? Will Andrea and Jim live happily ever after? Will Robert get help for his problems, become a very decent person and reclaim his marriage to Andrea? Best way to find out is to get the ebook from Amazon or from smashwords.com, download it and then sit back to enjoy a rollicking tale from the BC coast.

You have subscribed to alerts for Anneli Purchase.

You have been added to Anneli Purchase's favorite list.

You can also sign-up to receive email notifications whenever Anneli Purchase releases a new book.