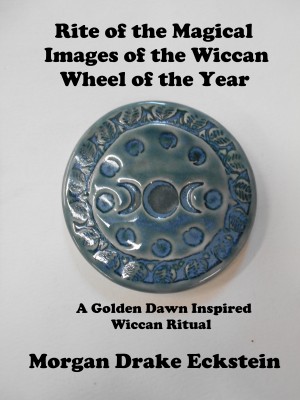 The creator of this ritual is a lifelong Wiccan, who entered the Golden Dawn system in 1992, and has advanced to Adept Major in one of the Inner Order training programs.

As a kid, Morgan Drake Eckstein wanted to be a humorous newspaper columnist just like Emma Bombeck. As a teenager, he didn’t know what he wanted to be—but his classmates were fairly sure that it would involve lots of words and screaming at people from across a room. In his twenties, he wanted to be a science fiction writer like Robert Heinlein or Douglas Adams. In his thirties, he wanted to be a fantasy writer like Robert Asprin or Terry Pratchett. In his forties, he still wanted to do dodgy things like this, but wisely did not tell this to the administration of the university he was attending…but they might have figured it out anyways, thanks to his humorous astrology column for the student newspaper. Now, in his fifties, he believes that he would really like to be a stand-up comedian like Eddie Izzard or Ross Noble. Sadly, none of these ambitions will ever be fulfilled, for Morgan is Morgan.

A Third Degree Wiccan and Adept Exemptus (7=4) in Golden Dawn, Morgan Drake Eckstein has been involved in Wicca and paganism his entire life. He is a board member of Hearthstone Community Church (Denver, Colorado—the Open Full Moon People), as well as a Past Hierophant and Chief Adept of Bast Temple (Evolving Order of Eclectic Ways/[formerly] Golden Dawn in the Outer/Ba Iset Order of the Rosy Cross [BIORC] in the Inner). Besides his monthly newsletter column, Morgan writes and blogs about the esoteric traditions on his Occult Garden Parties blog. He holds two bachelor degrees from the University of Colorado at Denver (literary studies and history). He is happily married to a ceramic artist. He is owned by several cats who wish that he would make more money as a writer and artist, so that they could eat fresh shrimp every night.

About the Series: EOEW Lecture Series 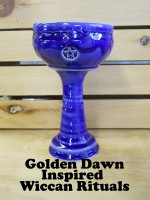 Lectures from Bast Temple, the Mother Lodge of the Evolving Order of Eclectic Ways (Outer Order) and the Ba Iset Order of the Rosy Cross.

You have subscribed to alerts for Morgan Drake Eckstein.

You have been added to Morgan Drake Eckstein's favorite list.

You can also sign-up to receive email notifications whenever Morgan Drake Eckstein releases a new book.