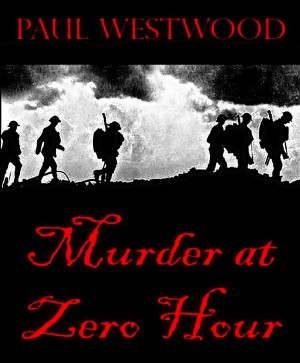 By Paul Westwood
Rated 4.50/5 based on 6 reviews
1916. William Grant, an American, joins the British Army during the Great War. He is posted to France, where he witnesses the horrors of war on the front line. During a dangerous night patrol, a captain is murdered, leading to a series of unanswered questions. With only his wits, Grant must solve the mystery while keeping his own skin intact. Will he be a victim of war or just another victim? More
1916. From the safety of America, William Grant watches helplessly as World War One rages in Europe. Desperate for adventure, the young man travels to Britain to try and join the army. After a harrowing journey, Grant is accepted into a newly-formed infantry regiment. He is posted to the front lines of France, where he must learn to survive the horrors of war. A popular captain is brutally killed, and all the evidence points to murder. Who in the regiment did the deed? With the help of his comrades, Grant must survive the Battle of the Somme and the evil intentions of an unknown murderer, all while trying to earn the love of a beautiful aristocratic nurse.
Download: epub mobi (Kindle) pdf more Online Reader
rtf lrf pdb txt
Price: Free! USD
Add to Library
Create Widget
Tags: murder mystery military world war 1 british army infantry trenches war mystery war detective front line
About Paul Westwood

Born in a time that is quickly becoming only a memory, Paul Westwood is an author of several genres, with a concentration on horror and historical fiction in the style of the vintage Gold Medal series.

A graduate of Miskatonic University, Mr. Westwood also take an active interest in jabbernowling and boondoggling. He spends most of his other hours writing, listening to obscure music, and finding a good place to take a nap. 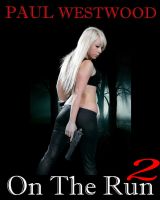 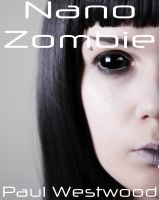 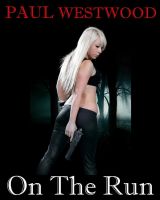 A top read and perhaps in the top 10% of books I have read here.
If you like historical fiction please head over to my page to read Tempting Fate.

The WW1 setting for a murder was different and well handled with interesting description of life in the trenches. The twist at the end caught me by surprise.

Easy reading,usualplot with a WW1 twist

Another great read. Murder at Zero Hour takes place during World War One in France. It captures the conflict between the American main character and his fellow English officers until it builds to a murder mystery. Editing isn't perfect but not bad enough to detract, a few missing words here and there. Congratulations to the author.

One of the best books I've read at Smashwords. It's set in France during WWI in the trenches with the British against the German Army. Great story and characters. And there's a murder mystery in all of that. The writing reminds me of Ken Follett's style.

Though the start of the story was a bit slow, I was hooked by the idea that something had happened to the main character, only I didn't know what. I just had to keep reading to find out. I did have some initial confusion as to the time period of the story as it wasn't stated outright. But the description of the setting quickly drew me in. The detail of life in the trenches during World War I was very well done. I have read a lot of books set in war with battles and such and this was in my opinion as good a quality as any of those. The twist to the plot was super. I didn't see it coming at all. There were some minor grammar mistakes, misplaced words probably left from previous edits. This is really a great book that deserves more praise than it has gotten. A highly recommended read for anyone into historical fiction and mysteries.

You have subscribed to alerts for Paul Westwood.

You have been added to Paul Westwood's favorite list.

You can also sign-up to receive email notifications whenever Paul Westwood releases a new book.