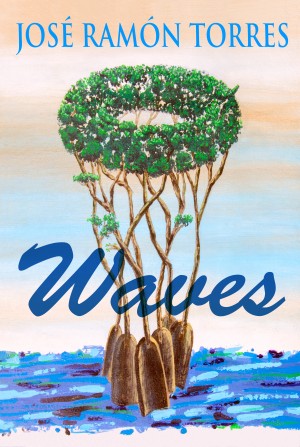 José Ramón Torres was born and raised in Cuba, where he spent 32 years of his life. He completed his university studies in English Language and Literature at University of Havana and a PhD program in Education (Language Teaching) at University of Barcelona. In Havana, Vancouver, Barcelona and Cambridge (where he is currently based with his wife and two children), he has worked as a language teacher, translator, interpreter, TV presenter, proofreader, localisation project and language manager, telephone operator, porter and street seller.
His first novel, of around 63,000 words, written in Spanish and entitled Olas (Waves), draws a parallel between three major Cuban migration episodes and, to some extent, describes the political wrangling between Fidel Castro and various US administrations. But above all it narrates the misadventures of three members of a Cuban family who decide to emigrate to the US after individually seeing for themselves that they cannot lead a satisfactory life on the island.
Before writing this first work of fiction, he had only published academic articles, mostly on phonetics and language teaching.
He is now embarked on the writing of a second novel: a trip in the opposite direction of Olas, from the First to the Third World, as he follows its male protagonist from a privileged childhood in Hong Kong to boarding school in the North of England, Cambridge University, The City of London and Cuba.
More about him on his website (http://www.joseramontorres.com) and Facebook page (https://www.facebook.com/jrtorresaguila).

You have been added to Jos&eacute; Ram&oacute;n Torres's favorite list.

You can also sign-up to receive email notifications whenever Jos&eacute; Ram&oacute;n Torres releases a new book.