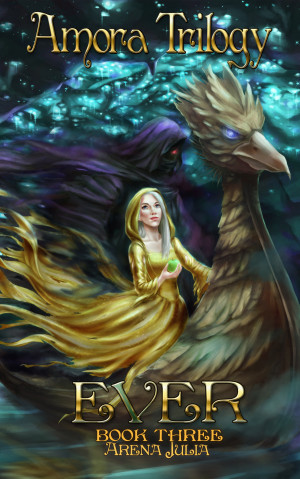 I am an Australian Author and Educator privileged and fortunate to live high in the foothills of the D'Aguilar Ranges in Queensland. From my front garden, those foothills fill the skyline in a protective hug from the east, sweeping to the north and into the west. On a clear day they surge close and green into the deep blue of the skies. On others, the cold and damp drops in globs of thick fog, covering them like snow.

It was those mists which opened a portal into the enchanted land of Amora, the fantasy setting for my first series, Amora Trilogy. Because of this, it doesn't really feel so far away, or so far-fetched in imagination. For I'd seen it long before it began to manifest within the pages of the first book, ESOR. Each day, I can see its fantastical figment as I fill my kettle or weed my garden. I see there, too, folk beyond my obvious knowing, who share that world - in their own reality, in their own parallel dimension. These are the folk who inhabit ESOR, and continue in their adventures in the second book, ELON, and the third book, EVER. I hope you enjoy the ride, just as I did, for I found the journey supremely magickal. Much gratitude to the folk who live within those many pages for allowing me to share their turmoils and triumphs for four wonderful years. I will miss such closeness, and will ever cherish having shared the adventure!

My second series, ORB Rider, is also close to home, but in another way. While the setting is fictional, it is highly influenced by my childhood experiences - growing up within cooee of the bayside region of Brisbane, and having spent many hours of many days on its shores and on its waters. This dystopian series is set in modern times, in South East Queensland, in Australia. It is suitable for YA and adult readers, with a paranormal theme, and a gamut of esoteric practices. Singing bowls and otherworldly travel are predominant in our hero Aurin's work as an Orb Rider. ORB Rider, Angel of Shadows, is Part 1 of the series, which ends on a cliffhanger. I hope you enjoy this new, intriguing adventure! Part 2 is due in 2020!

About the Series: Amora Trilogy 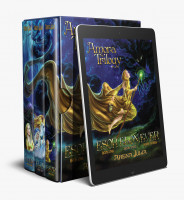 Enter a World of Magick.

Beyond the veil, atop a plateau, rests the enchanted Land of Amora. Surrounded by the Akana Ranges, the alluring Ice Cliffs, the unscrupulous Simmaron, and the mysterious, dubious World Beyond, she veils herself in mists and Olde Magick, and guides herself through Prophecy and Destiny. Here live the ancient Sidhe, magickal folk of regal or noble birth. Among them live the Faye folk - Common Ones thereabouts. Here we meet our heroes Mae and Brom Eliad, torn and tested by a black heart, an evermore love and an evermore curse. Moving, magickal, inspiring, beguiling, this coming of age fantasy trilogy is an unmissable read for t'weens, teens, and the young of heart. 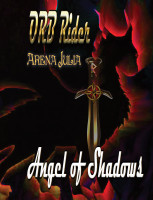 You have subscribed to alerts for Arena Julia.

You have been added to Arena Julia's favorite list.

You can also sign-up to receive email notifications whenever Arena Julia releases a new book.