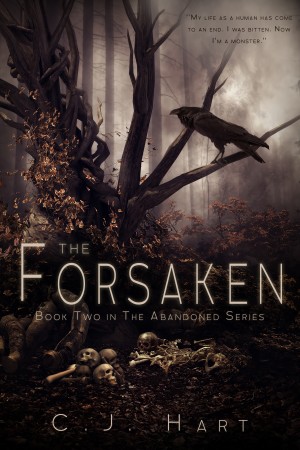 C.J. Hart (Also known as RenÉe Swann and Renée Shearer.) Renée Shearer writes young adult fiction under the name of C.J. Hart. Renée is a full-time writer who lives in Sydney, Australia, with a crazy pooch named Abbey and a boisterous, somersaulting rescue budgie named Kaleb. Her days are spent living in her fictional worlds and consuming way too much caffeine. She has an (unhealthy?) obsession with all things cupcake- and coffee-related plus Kerouac and YA dystopia/fantasy books. Renée can often be found surrounded by books, marathoning crime shows and munching on vegan goodies, on Twitter, Pinterest, or dancing in a rainstorm. Renée hopes to one day visit Rio and is currently learning Brazilian Portuguese.

You have subscribed to alerts for C.J. Hart.

You have been added to C.J. Hart's favorite list.

You can also sign-up to receive email notifications whenever C.J. Hart releases a new book.