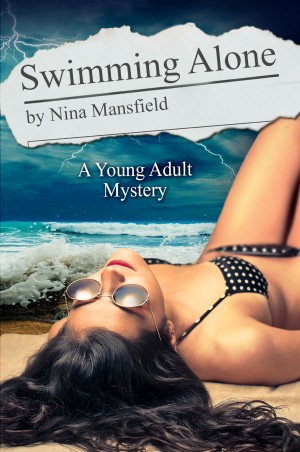 Nina Mansfield is a Connecticut based writer. Swimming Alone is her first young adult novel. Nina began her writing career as a playwright; she has written numerous plays, which have been produced throughout the United States and in Canada, Australia, England, Ireland, Scotland and Peru. Her short plays have been anthologized in Smith & Kraus’s The Best Ten-Minute Plays (of 2010, 2011, 2012 and 2014) and YouthPLAYS’s Middle Schoolin’ It. Her one-act play Clean is published by Original Works Publishing. A collection of her plays entitled Three More Marriage Plays, along with her plays No Epilogue, Crash Bound, Text Misdirected and Missed Exit, are available from One Act Play Depot. Her short mystery fiction has appeared in Ellery Queen Mystery Magazine and Mysterical-E.

In addition to writing, Nina enjoys reading, seeing theater, practicing yoga, traveling and spending time with her husband and daughter. Nina is a member of Mystery Writers of America, Sisters in Crime, International Thriller Writers, the Society of Children’s Book Writers and Illustrators and the Dramatists Guild.

You have subscribed to alerts for Nina Mansfield.

You have been added to Nina Mansfield's favorite list.

You can also sign-up to receive email notifications whenever Nina Mansfield releases a new book.