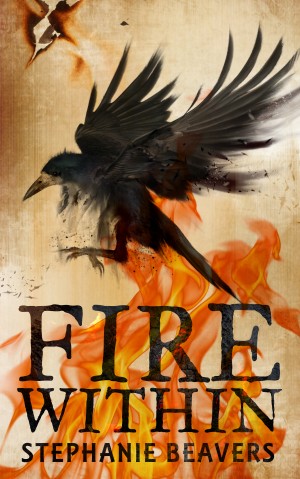 By Stephanie Beavers
Two brothers with magical abilities must defeat the evil mage who seeks to annihilate them and everyone they’ve ever known. More
Toman and Esset, the Animator and the Summoner, sacrificed everything in their battle against the evil mage Moloch, and they still failed.
Even so, they’re not willing to give up. Not that they have a choice: Moloch has fixated on inflicting suffering on those they love.
Tseka, a Nadran warrior, has thrown in her lot with theirs. Her race of snake-like people are once again at risk from the evil mage’s cruelty. She’s just not sure she has the strength to be more help than burden. Can Tseka keep up with the brothers, or will she end up a casualty of war?
Erizen, the mercurial mage, has joined their team as well. His knowledge and power are invaluable to Toman and Esset. The only problem: they can’t be sure they can trust him. Will Erizen fight at their side, or will he betray them before the end?
Toman and Esset have new allies and new abilities, but also new scars. Toman’s very soul is crippled. Esset’s new-found power is unpredictable at best and deadly at worst. And Moloch’s power has only grown in turn.
How can they hope to win when the most powerful mage in existence can now call upon the powers of death itself?

Stephanie Beavers always knew she wasn’t from the real world. That was why she spent so much time daydreaming and living in various fantasy worlds created by others and herself. Stephanie knew she was actually supposed to have been born as a dragon or a cat – or at least someone who had magical abilities. Now grown, she appreciates the beauties of the real world too, but saves herself from sanity by spending as much time in magical, or at least fictional, worlds as possible.

Stephanie shares her mind with a myriad of characters, most of them not human, and most of them possessing magic or special abilities. When they get too loud inside her head, she writes them out or drowns them out by submersing herself in the fiction of others. For those who love magic and adventure, she offers you an outlet so you can escape reality too.

Reviews of Fire Within by Stephanie Beavers

You have subscribed to alerts for Stephanie Beavers.

You have been added to Stephanie Beavers's favorite list.

You can also sign-up to receive email notifications whenever Stephanie Beavers releases a new book.