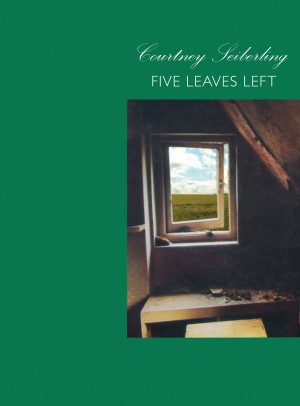 By Courtney Seiberling
Ten Short Stories that use Nick Drake’s 1969 debut album ‘Five Leaves Left’ as a launchpad and soon leave their birthplace far behind in an eclectic tour ’round the world.

Courtney Seiberling is a writer, director, actress, and songwriter in Los Angeles.

She received a BFA in Dramatic Performance from the University of Cincinnati – College Conservatory of Music, studied at the HB Studios in New York, and under Joan Scheckel’s Filmmaking Labs, Jill Soloway, and Jack Grapes in Los Angeles.

The assistant to the director of the 2012 Sundance Film Festival official selection 'Una Hora,' a co-writer on Jamie Chura’s 'The Room So Still Sessions' album, and a collaborator with many artists across the United States and England, Courtney loves projects, executing and bringing them to an audience. theStations, www.thestationsproject.com, is her current one, an electronic experience of Sam Shepard’s one-act 'Cowboy Mouth.' Modeled after The Stations of the Cross, the story is explored in 14 parts.

She is the author of 'Five Leaves Left' (Antar Press) and 'Sixteen', writer and producer of the short film 'Like the Penguins,' and director of the Check in the Dark band documentary 'Who Are We Now?' Her one-acts have been a part of festivals and reading series in Los Angeles and Pittsburgh.

With the theater company Odds & Ends Productions, she wrote, produced, and acted in issue-based plays about body image and marriage, all selected and performed at the Cincinnati Fringe Festival.

New York stage credits include: Halfway There, The Scarecrow, Out of Site…Out of Murder, and Grandma’s Getting Married.

Los Angles film credits include: The Night Girl, Objects, Astronomy, A Dark Stroll. A Hapless Dance, and The Runner.

Her blog, where she wrote about her experience of not buying anything new for a year, is http://www.yearofnothingnew.blogspot.com/. Her instagram handle, where she takes pictures of things she’s grateful for is things_im_grateful_for.

Her Web site is http://courtneyseiberling.wordpress.com/. 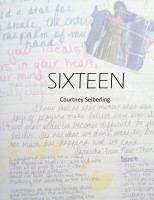 You have subscribed to alerts for Courtney Seiberling.

You have been added to Courtney Seiberling's favorite list.

You can also sign-up to receive email notifications whenever Courtney Seiberling releases a new book.