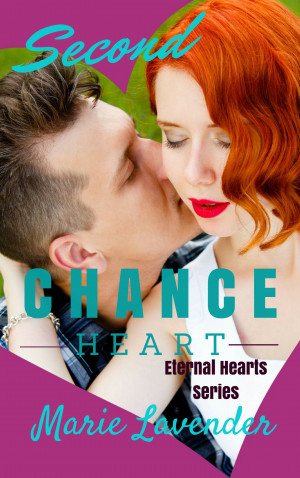 By Marie Lavender
The last thing Dana Nelson expects is to run into an old flame, and even worse, the man who broke her heart twelve years ago. She’s sure that the only thing remaining between them is a strong attraction for one another.

She can’t be more wrong… More
After a wild storm forces her to take shelter in a small town inn, Dana Nelson thinks that all she has to worry about is a brief stay before she heads back to the city. She gets far more than she bargained for…

The last thing she expects is to run into an old flame, and even worse, the man who broke her heart twelve years ago. She’s sure that the only thing remaining between them is a strong attraction for one another.

She can’t be more wrong…

The more time she spends with Vince Reynolds, the more she begins to believe she can trust him again. But, can she put her faith in the one man who captivates her, body and soul, or are some wounds too deep to heal?
Download: epub mobi (Kindle) pdf more Online Reader
lrf pdb
Price: Free! USD
Add to Library
Create Widget
Tags: romance smalltown life women and community contemporary fiction romance stories about love and relationships
About Marie Lavender

Multi-genre author of Victorian maritime romance/family saga, Heiresses in Love, and 18 other books. Reached the Top 10 Authors list on AuthorsDB.com for the last 4 years. Featured interview in the January 2018 issue of Womelle Magazine. The Heiresses in Love Trilogy made the TOP 10 on the Anthology category on the 2018 P&E Readers' Poll, and BLOOD INSTINCTS reached TOP 10 status in the Romance category. The Heiresses in Love Trilogy and DIRECTIONS OF THE HEART both reached the semi-finalist round in the 2018 AuthorsDB Book Cover Contest. Voted TOP BLOGGER for 2018 on the Romance Lives Forever Blog. TOP 20 Authors of 2018 on Amy’s Bookshelf Reviews blog. DIRECTIONS OF THE HEART was nominated and made it past the first round in the 2018 Author Academy Awards. UPON YOUR LOVE and THE MISSING PIECE placed in the TOP 10 on the 2017 P&E Readers' Poll. DIRECTIONS OF THE HEART was nominated for the 2017 Reader's Choice Awards. The I Love Romance Blog became a finalist in StartDating DK's Romance Blog Awards of 2017. ILRB landed on Feedspot’s 2017 TOP 100 Novel Blogs and TOP 100 Romance Blogs. DIRECTIONS OF THE HEART placed in the TOP 10 Books of 2017 on Amy’s Bookshelf Reviews blog. TOP 20 Authors of 2017 on Amy’s Bookshelf Reviews blog. Mystery Blogger Award for 2017. A to Z Blog Challenge Survivor in 2016. March 2016 Empress of the Universe title - winner of the "Broken Heart" themed contest and the "I Love You" themed contest on Poetry Universe. SECOND CHANCE HEART and A LITTLE MAGICK placed in the TOP 10 on the 2015 P&E Readers' Poll. Nominated in the TRR Readers' Choice Awards for Winter 2015. Poetry winner of the 2015 PnPAuthors Contest. The Versatile Blogger Award for 2015. Honorable Mention in the 2014 BTS Red Carpet Book Awards. Finalist and Runner-up in the 2014 MARSocial's Author of the Year Competition. Honorable mention in the January 2014 Reader's Choice Award. Liebster Blogger Award for 2013, 2014 and 2016. 2013 and 2014 Amazon Bestseller Ranking for UPON YOUR RETURN. Winner of the Great One Liners Contest on the Directory of Published Authors.

Marie Lavender lives in the Midwest with her family and two cats. She has been writing for a little over twenty-five years. She has more works in progress than she can count on two hands. Since 2010, Marie has published 21 books in the genres of historical romance, contemporary romance, romantic suspense, paranormal romance, dramatic fiction, fantasy, science fiction, mystery/thriller, literary fiction and poetry. She writes adult fiction, as well as occasional stories for children, and has recently started some young adult fiction. She has also contributed to several anthologies. Her current published series are The Heiresses in Love Series, The Eternal Hearts Series, The Magick Series, The Code of Endhivar Series and The Blood at First Sight Series.

About the Series: Eternal Hearts

This series is comprised of the many adventures of Dana and Vince, expressing their bond and the challenges they face. This is a contemporary romance series.

You have subscribed to Smashwords Alerts new release notifications for Marie Lavender.

You have been added to Marie Lavender's favorite list.

You can also sign-up to receive email notifications whenever Marie Lavender releases a new book.