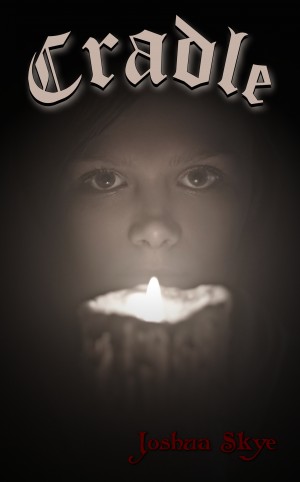 Eight-year-old Scott Michaels-Greene has a fascination for tales of the strange and unusual, especially local folklore. His favorite story is the one about Habersham House; a ruined old place where many curious children have disappeared.

Hours away from Crepuscule’s Cradle, in Philadelphia, author Radley Barrette has just lost the love of his life to a random act of violence. Amongst his endowments from Danny’s estate is an old house in the backwoods of Pennsylvania, Habersham House. Though grief stricken at leaving behind the only home he and Danny had ever known, he knows he cannot remain in the city. Besides, the isolation may be just what he needs to clear his mind of the writer’s block he’s suffering from.

Crepuscule’s Cradle is not as he imagined. The locals are inhospitable. The skeletal forest surrounding it is as unwelcoming as the town. And the house itself – there is something menacing, something angry inhabiting it with him, and it’s hungry. Radley’s world slowly begins to unravel; the fringes of his reality begin to fray. In the midst of his breakdown, a local boy with an unhealthy fascination for Habersham House begins sneaking around and the evil residing within has taken notice.

Blending fantasy with horror, Crepuscule’s Cradle is the darkest of fairy tales. The morbidity of classic folklore and contemporary style weaves a web of slowly encroaching unease. Radley Barrette’ winter bound home is more than a haunted house, and Crepuscule’s Cradle is more than a mere horror tale. It’s a bedtime story that will pull you into its icy embrace, lull you into a disquiet state, and leave you shivering in the dark.
Available ebook formats: epub mobi pdf html
First 20% Sample: epub mobi (Kindle) Online Reader
Price: $3.99 USD
Buy Add to Library Give as a Gift
How gifting works
Create Widget
Tags: horror fantasy haunting ghost haunted habersham house
About Joshua Skye

Joshua Skye was born in Jamestown, New York but predominantly grew up in the Texas Dallas-Fort Worth metroplex. He is a graduate of K.D. Studio Actor’s Conservatory of the Southwest and has worked on indie/underground films and on stage. He lives in rural Pennsylvania with his partner Ray of sixteen years and their eight year old son, Syrian. His short stories have appeared in anthologies from STARbooks Press, Knightwatch Press, Sirens Call Publications, Rainstorm Press, JMS Books and periodicals such as Blood and Lullabies. He is the author of The Singing Wind, Bareback: A Werewolf’s Tale, along with the forthcoming Midnight Rainbows, and The Grigori.

Reviews of Cradle by Joshua Skye

You have subscribed to alerts for Joshua Skye.

You have been added to Joshua Skye's favorite list.

You can also sign-up to receive email notifications whenever Joshua Skye releases a new book.