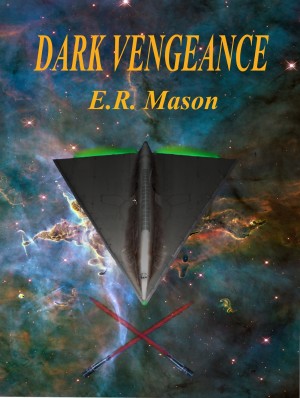 This is the place where many people write their profile in the third person so it sounds like someone else is writing about them. I'm just not comfortable with that. Instead, let's assume that you are the literary authority, (which you are) and I your applicant. Here are my qualifications;

As far back as childhood, my passion for space travel, and flight was so strong it was nearly painful. In contrast, I grew up on a horse ranch in Connecticut. It was a rough and ready place. We participated in horse shows and rodeos. My friend Bill Larson rode with us. Somewhere around sixth grade, Bill discovered rock and roll, and dragged me into it, thereby ruining my life forever. We began developing bands around grade six, an addiction that remains strong to this day. Bill is presently lead guitarist for the rock band Road Work, based in Connecticut. http://theroadworkband.com/fr_intro.cfm

Bill also introduced me to an even wider range of adventures such as swinging out over a cliff on a knotted rope, climbing Mt. Washington in the freezing rain, and sailing a small boat in the tail end of a hurricane. Two of those did not end well. We attended The Norwich Free Academy High School which is larger than many college campuses, and still reminds me of Hogwarts. There I became completely enamored with a gifted English teacher named Janice MacIntyre. She will always be a part of my inspiration. Somewhere along the way, I found the works of John D. MacDonald. He has remained my favorite author ever since. There I also began writing screen plays and fiction. I began my study of the martial arts at NFA and that continued for many, many years until I finally became a black belt student instructor at a Merritt Island, Florida Taekwondo Center under Masters Walter Simpson, Michael Raney, and half a dozen other gifted instructors.

When I was nineteen, I finally got a chance to fly a Piper Cherokee, and have been flying ever since. Because SCUBA diving is much like an EVA, I also became a certified diver and have done quite a bit of salt water, fresh water, and cave diving.

The currents of life, which we only think we control, eventually carried me to the Kennedy Space Center. I worked there as a Coordinator for twenty-five years, mostly on the Eastern Range side. I have innumerable rocket stories. I struggled to find the time to write The Empty Door and The Virtual Dead in that period. There I also met bassist-extraordinaire, Stormi Harper . He and I assembled the band FreeFall America, and co-produced the CD 'Long Way Home', which is a symbolic concept album of the story of the prodigal son. When I finally retired from the space center, it finally gave me the chance to dedicate real time to writing.

I do not mention any of these experiences out of vanity. At my age you have either realized humility, or you're a crazy old fool. I reference these passions only because of the large part they play in the books. Most of the action sequences have actually happened in one context or another. For example, I was screwing around once in an airplane and lost the handle. I spun down almost two thousand feet before regaining control. All the way back to the airport, every part of me was puckered up as tight as it would go. These lapses in judgment and sometimes questionable personal undertakings are part of the qualifications I offer you.

I'm sure you'll agree life is pretty tough these days. My motivation is to try as best I can to give you some tiny break from it. So, if you're reading this, you are the sole reason for the work. Thanks profusely for the good reviews. I do not read the bad ones. They are evaluated for me and any constructive comments are passed on. The good reviews are important. They keep me going and help me face the keyboard. So hang in there. I'll keep going, if you will. -E.R. Mason 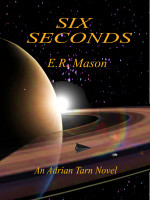 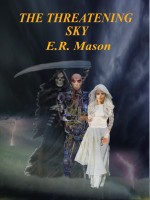 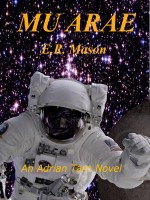 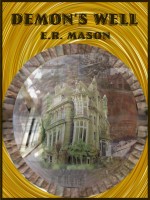 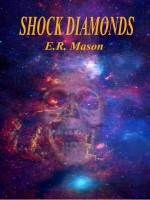 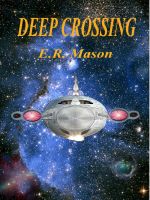 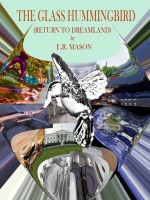 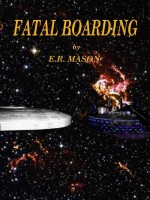 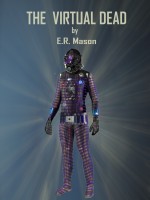 Once I got started, I kept on going and finished Dark Vengeance in record time as result of its great characters in a story filled with action.

E.R Mason's imagination is astounding. If you love sci-fi, this is a highly recommended read for a long holiday weekend/vacation . . . or any weekend.

(reviewed the day of purchase)
jeansimonb reviewed on Sep. 7, 2016

This was a very good book! On more than one occasion I was laughing to tears while reading this book. Mr. Mason, please keep on writing.

Absolutely awesome!!! Its time to make the books into movies!!!

Love Mr. Mason's books. I'm on his notify last so i bought it immediately.

If you like good character development, great story telling, and awesome imagination then this book is for you.

Mr. Mason did it again, keeping me up all night to finish this book.

This is another Adrian Tarn story, this time to take over command of the Electra (well known from the first story we ever read of Adrian Tarn). But the trip to the refitted Electra has already a lot of action, when Adrian and Wilson face a beast of legend.

A good read, but the hint for the next big adventure is even better.

You have subscribed to alerts for E. R. Mason.

You have been added to E. R. Mason's favorite list.

You can also sign-up to receive email notifications whenever E. R. Mason releases a new book.