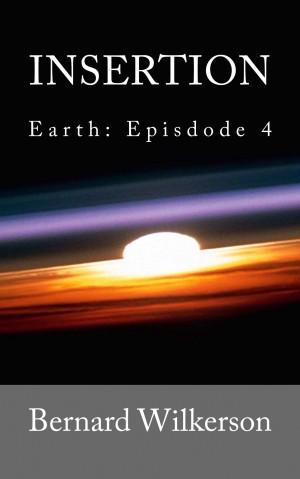 By Bernard Wilkerson
Rated 3.00/5 based on 1 reviews
In the fourth installment of Bernard Wilkerson’s Hrwang saga, the survivors of the alien bombardment fight to come to grips with their new reality. Jayla’s sanctuary is violated and she’s forced to protect herself the only way she knows how. Eva's plan to fight back comes to fruition in a way she never expected and Stanley’s plans as Ambassador go awry as he uncovers a treachery he never imagined. More
In the fourth installment of Bernard Wilkerson’s saga, The Hrwang Incursion, the survivors of a massive alien bombardment continue to come to grips with their new reality.
Young survivors Jayla and her sister hide in a hospital until their sanctuary is violated. Jayla is forced to protect herself and her sister the only way she knows how.  Federal agent Eva Gilliam puts her plan to fight back against the aliens into motion only to have it come to fruition quickly, but in a way she never expected nor could have hoped for.  She suddenly finds herself in more danger than she’s ever been in before. Newly appointed Ambassador, Stanley Russell, finds his own plans going seriously awry and he uncovers a treachery at the United Nations he never would have imagined.
Download: epub mobi (Kindle) pdf more Online Reader
rtf lrf pdb txt
Price: Free! USD
Add to Library
Create Widget
Tags: aliens alien end of the world alien invasion hrwang incursion hrwang alien military
About Bernard Wilkerson

Bernard Wilkerson is an Irish-American writer and author of The Worlds of the Dead series. His interest in writing about the Afterlife grew from his genealogy hobby when musings about what his ancestors might be up to turned into rampant speculations and wild imaginings and he had to write some of them down.

He received some recognition as a writer, mostly at an early age, but took time off from writing to become a chemical engineer, Air Force officer, and rocket scientist. He's now a software developer and he and his wife, Terry, have six children and live in Missouri.

You have subscribed to alerts for Bernard Wilkerson.

You have been added to Bernard Wilkerson's favorite list.

You can also sign-up to receive email notifications whenever Bernard Wilkerson releases a new book.